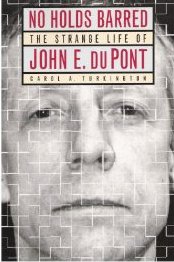 John Eleuthère du Pont, an heir to the du Pont chemical fortune, is the latest plutocrat to hit the estate tax lottery by dying yesterday at the age of 72 (in prison where he was serving his sentence imposed for his conviction of third degree murder in the 1996 shooting death of Olympic wrestler Dave Schultz). His estate thus will avoid the tax (55% after a $1 million exemption as currently scheduled, or 35% after a $5 million exemption under the Obama tax compromise) that would have been incurred had he lived another 22 days.

Do you think there will be some type of retroactive ruling or legislation to recoup some of the estate tax from the estates of persons who died in 2010?