Eyal-Cohen Presents Small Business and the Government Today at Cincinnati 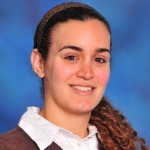 Mirit Eyal-Cohen (Pittsburgh) presents The Small Business and the Government: A Theory of Path Dependence and Cognitive Processes at Cincinnati today as part of our Scholar Exchange Program (Earlier this year, Stephanie McMahon (Cincinnati) presented Tax Filing in the U.K.: A Guide for the U.S. When Eliminating the Marriage Penalty at Pittsburgh.) Here is the abstract of Mirit's paper:

U.S. laws and regulations are filled with special sections that exempt small businesses from certain rules, taxes or fees, or at least relax the impact of such rules. Yet, the questions of how small businesses became so prominent in policy discussions or why Congress enacts legislation that favors small business—have never been completely answered. The paper provides a framework of causality for the special treatment of small businesses and models the historical forces surrounding it. Utilizing the economic theory of path dependence, the paper argues that current 'welfare' patterns can be best understood when past incentive behaviors are included in the analysis. In other words, past approval of small business preferences influences the perpetuation of those benefits and Congress's approval of future small business preferential treatment. The paper identifies cognitive processes and institutional path dependence as instrumental in developing the path of small business preferences. Cognitive propensities to favor small businesses developed from our nation's philosophy of separation of powers. Throughout history, Congress has expanded this favoritism of small firms, viewing them as guardians of fair competition and free society. Over the years, government expanded its paternalism by providing small firms with special preferences through the legal system at widely growing rates. These cognitive and behavioral progressions facilitated Congress's creation of agencies and organizations that were influential in nurturing and sustaining government's 'small business welfare' path.

Listed below are links to weblogs that reference Eyal-Cohen Presents Small Business and the Government Today at Cincinnati:

We're tax professionals. But "Path Dependence and Cognitive Processes"? A certain amount of jargon is unavoidable - FDAPI rather than writing fixed, determinable, annual, or periodic income.

But such a pronounced use of jargon shows a disdain to be read by non-members of the jargon club. Over the years I have assumed reading such papers are a) not worth the effort since b) when I have read them the use of such language implies a gravitas that just isn't there.

PS - One wonders if the author has read any of the "small business welfare" provisions. The small business owners I have met are generally fixated on profits BEFORE taxes. They want less rules and regs, not more. There is a reason that the line "I'm from the govm't and I'm here to help" is only topped by "the check is in the mail."