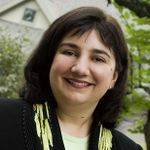 Leandra Lederman (Indiana-Bloomington) presents IRS Opportunism: What Respect Should Courts Accord Rulings and Regulations Issued During Litigation? at Loyola-L.A. today as part of its Tax Policy Colloquium Series.   The commentator is Ellen Aprill (Loyola-L.A.). Here is the abstract:

The IRS has multiple roles in the tax system. Although it is particularly well-known (and hated) as the tax collector for the federal government, it has service roles, as well. The IRS facilitates compliance with the tax laws by promulgating forms and providing one-on-one service to taxpayers, as well as by providing interpretations of the law that help guide taxpayers and their representatives. In its service capacities, the IRS is something of a neutral party. However, the IRS is also often a litigant in disputes with taxpayers about the meaning or application of the tax laws. What happens when the IRS, or the Department of which it is a part, the Department of the Treasury, releases guidance that purports to apply to a case in litigation?

This question is not merely academic. In a number of cases, the IRS has issued Revenue Rulings, its most authoritative form of guidance, in apparent attempts to influence the outcome of court cases. Occasionally, the Treasury Department has promulgated regulations—even ones that purport to apply retroactively—again to try to alter case outcomes. Although the case law is unclear on exactly how much respect to accord to Revenue Rulings and regulations, a couple of things are clear: they are entitled to some deference, and regulations should receive more deference than Revenue Rulings. Regulations generally are entitled to substantial deference, in fact. This Article considers the question of whether the level of deference accorded tax guidance should be reduced if the guidance is issued during pending litigation to which it arguably applies.

Part I of the Article provides background regarding judicial deference to tax rules. It considers two main types of rulemaking, legislative and interpretative, and discuss how that distinction has been mapped onto tax regulations. In Part II, the Article examines advocacyoriented tax regulations and revenue rulings. It sets up a typology of advocacy-oriented rulings and examines several cases that address litigation-oriented rulings.

Part III of the article considers how to deal with advocacy-oriented rulings. It argues that according no deference to the Treasury and IRS is too extreme, but rather that the generally accepted approach of applying Chevron U.S.A., Inc. v. Natural Resources Defense Council, Inc., to legislative tax rules and Skidmore v. Swift & Co. to interptretative ones should apply even to litigation-focused rulings. This Part proposes that the timing of the rule in relation to the litigation and the potential unfairness of applying it to that litigation should be taken into account under Chevron or Skidmore, whichever is applicable. The article concludes that it is under these authorities that timing and retroactivity issues should be taken into account, in part because there are advantages to treating tax cases as much like other cases as possible.

Listed below are links to weblogs that reference Lederman Presents Deference to Rulings & Regs Today at Loyola-L.A.: