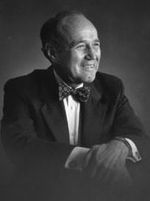 IRS responsibilities today revolve not only around tax collecting, but also include policing social and economic policies with limited resources. The passage of the health care bill add exponentially to an already packed list of administering homebuyer credits, economic stimulus disbursements, and work pay credits, among others, he noted. You can listen to a podcast of the interview with [former IRS Commissioner Mortimer Caplin] here.

“It tends to move the IRS from its basic responsibilities, which is to help raise the revenue of this country,” he said. “IRS personnel are people with accounting, economic and investigative abilities. The new programs require them to carry out other functions for which they’re not qualified.”

For example, he noted, “Even the Earned Income Tax Credit could have been handled by Health and Human Services. What has happened is that there are a tremendous amount of fraud and deficiencies associated with the program. This has produced a great loss of revenue, because the Service has to focus attention on the wrong returns. Rather than looking at high-income returns, with, say, foreign investments, they have to examine the EITC. Their mission has been watered down.”

I think we can all agree with this one statement from the article:

"Moreover, socially oriented programs involve sympathy for the underlying recipient, and the Service isn’t attuned to this, according to Caplin."

The "social mission" creates a situation where virtually everyone with a job is required or expected to file a tax return. That puts the IRS in regular contact with the country's poorest and worst educated citizens. It is sheer madness to watch the IRS carry on a "correspondence examination" with a functionally illiterate person.

I don't work in the United States anymore, but for most of the 1990s I was a computer specialist/medical technologist working on a TN visa (the kind available to skilled workers and professionals from NAFTA countries, not the H1-B). The overwhelming majority of Americans have no idea how much fraud there is in the EITC program. I saw it first-hand in Oakland and St. Louis -- a massive organized scam operated yearly in inner-city neighborhoods. Mr. Caplin is describing things in a very understated way.