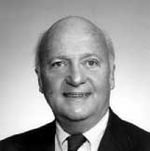 Meade Emory, founding director of the Graduate Tax Program and Professor of Law Emeritus at the University of Washington School of Law, died over the weekend. From his bio:

Mr. Emory spent his entire professional career in the field of federal taxation--in government, private practice and law teaching. In government, he served in several positions--as a trial attorney for the IRS District Counsel, Legislation Counsel for the Joint Committee on Taxation of the U. S. Congress and, also, as Assistant to the Commissioner of Internal Revenue. As a law teacher, Professor Emory taught at many of this country's leading law schools (on many occasions as a distinguished visitor) including NYU, Duke, Pennsylvania, Tulane, Iowa Northwestern, Georgetown and UCLA. He served on the board of editors of the Journal of Taxation, Tax Analysts (publisher of Tax Notes) and is the co-author of Bittker, Emory & Streng, Federal Income Taxation of Corporations & Shareholders--Forms, published by Warren, Gorham & Lamont.

Listed below are links to weblogs that reference Death of Meade Emory: