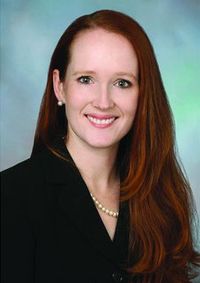 A 35-year-old tax associate at Pillsbury Winthrop Shaw Pittman has been found slain, apparently shot to death, in her Washington, D.C.-area home. Authorities are saying she may have been a victim of domestic violence.

Clare Lenore Stoudt, a mother of five who graduated from Georgetown University Law Center in 2008, was found dead on Saturday night, according to the Baltimore Sun.

The father of her three youngest children, Reginald Van Graves, 49, also was found apparently shot to death in the Howard County home, and a gun was in the vicinity, authorities say. A custody case over the three children, aged 2, 5 and 7, had begun less than a week earlier in Howard County Circuit Court.

The Howard County Times reports that police say the deaths may have been a murder-suicide. Autopsies have not yet been completed, however, and the investigation has not concluded.

Listed below are links to weblogs that reference Pillsbury Tax Associate Killed in Domestic Violence Murder-Suicide: