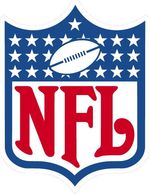 Andrew B. Delaney (J.D. 2010, Vermont) has posted  Taking a Sack: The NFL and its Undeserved Tax-Exempt Status on SSRN. Here is the abstract:

This is an article about the NFL's tax status with some humor thrown in. Enjoy. I've tried to make it readable. Here's the mandatory roadmap: Part I of this article discusses the NFL’s current tax status. Part II attempts to put the NFL’s tax and antitrust exemption in proper context. Part III analyzes the NFL business model from a critical perspective, asking whether the NFL’s nonprofit staus is deserved. More importantly, Part III begins with a great Dave Barry quote. This piece concludes, more or less, that the NFL should stop blowing smoke up a certain orifice of the American taxpayer and start paying its taxes.

Listed below are links to weblogs that reference The NFL's Undeserved Tax-Exempt Status:

» Who Dat owe IRS? The NFL's Saints from Don't Mess With Taxes
The IRS says that the NFL champion New Orleans Saints didn't pay income taxes on an $8.5 million payment the franchise got from the state of Louisiana in 2003. The Saints say the state money was nontaxable "working capital" that was part of 10 years of... [Read More]