Will Washington Bail Out the Mainstream Media With an iPad Tax? 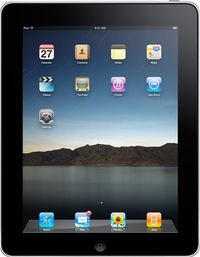 Reuters, Will Washington Bail Out the MSM With an iPad Tax?, by James Pethokoukis:

This is actually quite astonishing. A “staff discussion draft” from the Federal Trade Commission recommends ways the government can save journalism.  First, it lists a number of ways Washington can subsidize the media (to the tune of $35 billion a year):

And here is where the money would come from, which I will quote directly:

Tax on broadcast spectrum. They argue “commercial radio and television broadcasters are given monopoly rights to extremely lucrative spectrum at no charge,” and this is a massive public subsidy. They therefore suggest the revenues generated by that spectrum be taxed at a rate of 7%, which should result in a fund of between $3 and $6 billion. In exchange, commercial broadcasters would be relieved of any obligations to engage in “public-interest programming,” which the broadcasters claim costs them $10 billion annually.

Spectrum auction tax. They suggest there be a tax on the auction sales prices for commercial communication spectrum, with the proceeds going to the public-media fund.

Advertising taxes. They note a considerable amount of our broadcast spectrum has been turned over to disseminating commercial advertisements, and a 2% sales tax on advertising would generate approximately $5 to $6 billion annually. In addition, they suggest that changing the tax write-off of all advertising as a business expense in a single year to a write-off over a 5-year period would generate an additional $2 billion per year.

ISP-cell phone tax. They suggest consumers could pay a small tax on their monthly ISP-cell phone bills to fund content they access on their digital services. A tax of 3% on the monthly fees would generate $6 billion annually. They note, however, this is the least desirable approach because demand for these services is “elastic” and even a slight rise in price could result in people dropping the service.

Listed below are links to weblogs that reference Will Washington Bail Out the Mainstream Media With an iPad Tax?:

But since the MSM pays taxes, and the Internet by and large doesn't

What Federal taxes does the NYT pay on its advertising revenue that our host does not pay on his?

Yeah, let's give the government control over the news -- how we get it, who gets paid to say what the gov't wants, and who will be taxed out of the business. Goodbye "Drudge", hello the new "AmeriCorp-New York Times." Honestly, isn't it enough that Obama already has the MSM lapping out of his hands?

And, is there anything that this administration can't find to tax? Here's The Tax Man.

And, if the gov't taxed readers of this blog, according to the site meter, there would be taxes due from 10 million of us, leaving nothing for Paul, who currently gets everything that we pay! (Congratulations on this milestone, Paul.)

But since the MSM pays taxes, and the Internet by and large doesn't, there is an effective tax subsidy in the opposite direction.

Let's define Paul and every TaxProf commentator as a "journalist," and we can split the credits.