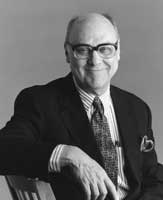 Professor Ginsburg was co-author, with Jack S. Levin of Chicago, of Mergers, Acquisitions, and Buyouts, a semi-annually updated tax treatise. He held numerous positions as an expert in the tax field including chair of the Committee on Simplification of the American Bar Associations Tax Section, chair of the New York State Bar Association’s Tax Section, and consultant to the American Law Institute’s Federal Income Tax Project. He also served as a member of advisory groups to the Commissioner of the Internal Revenue, the Treasury Department, and the Tax Division of the Department of Justice. In 2006, he was awarded the American Bar Association Tax Section’s Distinguished Service Award.

Mr. Ginsburg is survived by his wife and his two children, Jane Carol Ginsburg, the Morton Janklow Professor of Literary and Artistic Property at Columbia Law School, and James Steven Ginsburg, founder and president of the Chicago Classical Recording Foundation. He is also survived by four grandchildren.

A private interment service will be held at Arlington National Cemetery.

Leave it to Marty to leave this world when matters of death and taxes are unsettled. He and his previously departed colleagues are probably laughing it up right now over the fact that nobody knows for sure what the tax "basis" is in the stuff he left behind.

Listed below are links to weblogs that reference Death of Marty Ginsburg:

My wife and I had the privilege of taking Marty's corporate tax class at G'Town Law. I still have the "big red book" on my shelf and consult it often. Favorite line: "I left Columbia to come to Georgetown because my wife got a new job." What a great sense of of humor and a great mind.

What a great Tax Lecturer! I enjoyed Marty's talks for years at the Southern Federal Tax Institute. He knew Mergers and Acquisitions taxation!

It was a joke, Mike (one of many); Marty was a terrific cook, and he did the cooking for the two of them.

When Marty Ginsburg was working in New York, I heard a partner at another law firm say, "The only limit on Marty's work is the number of hours in a day. If he had unlimited time, no one would ever use another tax lawyer." It's hard to think of a higher compliment, and when added to the fact that everyone seemed to like him, it makes for a pretty remarkable life. My only qualification: he was heard to complain that he had fewer home cooked meals once his wife joined the Supreme Court. But even here he seems to have adjusted. He'll be missed.