Yale Prof: In Praise of the U.S. News Rankings 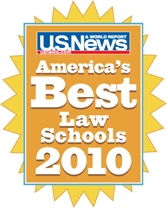 Like all right-thinking law professors, I have tut-tut-tutted the law school rankings put out by the U.S. News & World Report. Students accord it an objectivity it does not deserve! Ranking leads law schools to compete along the wrong dimensions! It creates incentives to cheat! I believed all of those things ... and still do. But my recent work on democratic reform has led me to soften my views on rankings, perhaps even to adopt a contrarian view. It seems to me that law professors generally underestimate the case for rankings. Here, I will offer a necessarily brief argument for the other side. It is quite possible to concede every point made by the critics and still write, as I do here, in praise of rankings. ...

This brings me back to the U.S. News & World Report rankings. They are powerful, and they are imperfect. There is good reason to demand that they improve or to try to create a better ranking. Nonetheless, it is a mistake to use the U.S. News & World Report ranking as an excuse to demand an end to ranking. Even an admittedly flawed ranking, like this one, has its merits. Ask yourself, for instance, whether a world without the U.S. News is really as attractive as some make it out to be. It is not hard to imagine college students basing their choice on far sillier criteria--general reputation (something that would lead many to apply to the nonexistent Princeton Law School), where Felicity went to school, or what Mom and Dad think.

Listed below are links to weblogs that reference Yale Prof: In Praise of the U.S. News Rankings:

This wouldn't have anything to do with Yale losing half its professors and still ranking #1, would it?