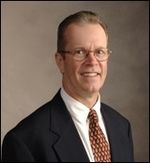 Jack Bogdanski has been named the inaugural Douglas K. Newell Faculty Scholar at Lewis & Clark "in recognition of his commitment to teaching excellence, student achievement, and rigorous scholarship." From Jack's faculty homepage:

Professor Bogdanski practiced in Portland as a partner at Stoel Rives. He has taught at Lewis & Clark since leaving practice in 1986. In the fall of 1992 he was a visiting professor of law at Stanford University. He is a five-time winner of Lewis & Clark's Leo Levenson Award for excellence in law teaching, which was most recently bestowed upon him by the class of 2003. He supervises the school's tax moot court team that has won national honors, and he founded and runs a volunteer clinic to assist international students with U.S. tax issues. ... He is the author of the treatise Federal Tax Valuation and the editor-in-chief of the bimonthly journal Valuation Strategies. He ... is currently the Closely Held Business and Valuation columnist for Estate Planning magazine.

Jack writes the wildly popular blog, Jack Bog's Blog.  I had the pleasure of consulting on a case with Jack several years ago, which gave me the opportunity to witness first hand his mastery of federal tax valuation issues.

Listed below are links to weblogs that reference Bogdanski Named Faculty Scholar at Lewis & Clark :