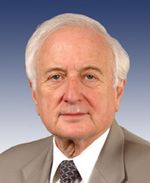 Newly anointed House Ways and Means Chairman Sander Levin (D-Mich.) repaid a Maryland property-tax credit Friday that he should not have received, his office confirmed.

Levin, who owns a home in Chevy Chase, Md., received a $690 credit on his most recent property tax bill, the result of Montgomery County program that provided one-time credits to residential property owners in the 2009-10 tax year.

Levin, who purchased the home in 1977, received the tax credit although it was intended for only “owner-occupied” properties, and he does not live in the home. The credit reduced his tax bill to just under $9,500.

“This is not a tax credit that Rep. Levin applied for and in an abundance of caution he has paid the full amount to Montgomery County to correct their mistake,” Levin Chief of Staff Hilarie Chambers wrote in an e-mail Friday.

Chambers said the Michigan lawmaker moved out of the home in September 2008, following the death of his wife. His daughter and her family now occupy the home, and he stays at a Silver Spring condominium owned by his daughter when he is in the Washington, D.C. area.

Levin repaid the credit Friday, Chambers said, after being contacted by Roll Call. “Since Mr. Levin was not residing in the property for the full year and it is not his ‘principal residence,’ Mr. Levin has written a check of $690 to the County and clarified and confirmed once again to them that the correct classification of the Morgan Drive property is ‘Not a Principal Residence,’” Chambers wrote in an e-mail.

Chambers said the property was designated as a principal residence in 2009, after Levin’s attorneys submitted a revised deed to the county. “It appears that when Mr. Levin’s lawyers submitted a deed to the County in April 9, 2009 that removed Mrs. Levin’s name from the deed and transferred Mrs. Levin’s share into a trust the County mistakenly changed the record on the property to ‘principal’ residence without request from or notification to Mr. Levin,” Chambers wrote. She also said that a change-of-address form Levin submitted after he moved to the Silver Spring condo prompted another change to “not a principal residence” in January 2010.

The Chevy Chase home has also received negligible homestead tax credits intended for permanent residents of the state at times during the past 10 years. Chambers said that Levin repaid homestead taxes several years ago. “The County has inconsistently classified the property on Morgan Drive,” she wrote. “In April 2006 when Mr. Levin learned of the earlier mis-classifications he repaid the full amount for the Homestead Tax Credit mistakenly applied to the property. We confirmed [Friday] with the Montgomery County Department of Finance the amount repaid was $531.51.”

In yet another amazing case of tax chutzpah:  California congressman Pete Stark has improperly claimed a Maryland lakefront home (assessed at $1.7 million) as his primary residence in order to qualify for a special real estate tax break:

A senior member of the House's tax-writing Ways and Means Committee, Stark said he was unaware that he might not be eligible for the tax break. Asked whether it was questionable for him to receive it, he said, "I guess it is."

To qualify, a property must be the owner's principal residence: He or she must live there at least six months of the year, use the address for voter registration and driver's license purposes, and file Maryland income taxes. Stark is registered to vote at his wife's parents' address in San Lorenzo and has a California driver's license.

I wonder how residents of Michigan's 12th congressional district feel about their congressman claiming a home in Maryland as his principal residence.  An interesting project for an enterprising reporter would be to examine how many of the 535 members of the House and Senate claim properties outside their home states as their principal residences for tax purposes. 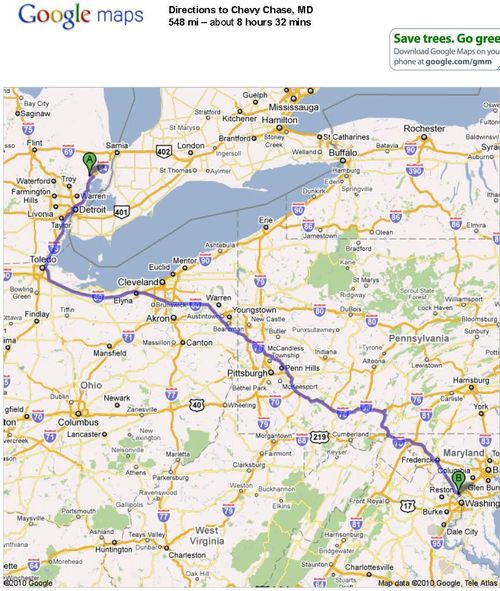 In 1992, when people learned about the House banking scandal, it wasn't about how much money was involved as it was the ethical issues by so many members and how they felt entitled to free benefits that cost ordinary citizens.

Now, in this case and with all taxes and as with Rangal, the Congressman blames others rather than take responsiblilty himself. It doesn't seem very likely that he didn't know what was going on, as he should have. "It wasn't my fault" and "It was nothing" is the cover.

Well, anyone who says that this is "nothing," reminds me of the Move-on crowd that tried to shame and belittle those people who wanted to consider ethical issues with Bill Clinton rather than just move-on, when Clinton continued to lie about his responsibility. It's a cover-up and a rush to push inquiries aside. And, how many more "accidents" are there like this that they don't want brought up?

Congressmen have a higher duty to tax conformity and responsibility because of their positions and the laws that they impose upon us. It's never small when they ignore that responsibility or abuse their office privileges.

I'd rather have this brought to light and explained rather than move-on, myself. If we're going to have the "most ethical Congress in history," then no amount of tax cheating or "oversights" are too small.

$690? I don't my property tax bills all that closely, except the bottom number. The fine print and government-jabber gives me a headache.

Let's get back to the real issues.

And since when do Congressmen live in their districts? I used to live in Mike Oxley's district (as in Sarbanes-Oxley) and as I remember he was registered to vote at an empty condo.