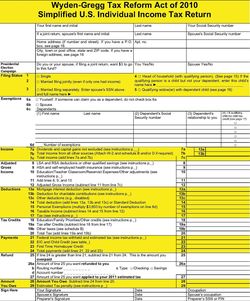 Visit msnbc.com for breaking news, world news, and news about the economy

» Is it time for tax reform? from Don't Mess With Taxes
The answer to that question, especially soon after most of us have completed our annual tax filing task, is a definite yes. The practicalities of tax reform, however, always seem to fall prey to Congressional tinkering that makes for good political bul... [Read More]

Thanks for putting this in one place. It is very helpful.