I am honored to be one of eighty participants in the Kauffman Economic Outlook: A Quarterly Survey of Leading Economics Bloggers (First Quarter 2010):

America’s top economics bloggers represent a diverse group of writers with wide-ranging intellectual and political vantage points on one of the most important issues of the day— the economy. As independent thinkers who are immersed in discourse through the innovation of blogging, these economics writers have a unique voice and perspective, and potentially profound influence. The Kauffman Foundation is tapping their insights in a new series of surveys called Kauffman Economic Outlook: A Quarterly Survey of Top Economics Bloggers.

This inaugural survey was conducted in mid-January 2010 by soliciting input from among the top 200 economics bloggers. ...

On taxation, the panel was widely in favor of lowering taxes on payrolls (74%) and income, both corporate (64%) and individual (62%). Likewise, there was strong support for higher taxes on gasoline/carbon (68% and 57%, respectively), and consumption (54%). A common battleground for tax policy is progressivity, but 47% of bloggers are calling for flatter taxes compared to 26% in favor of increased progressivity (i.e., even higher tax rates on higher incomes relative to lower incomes). 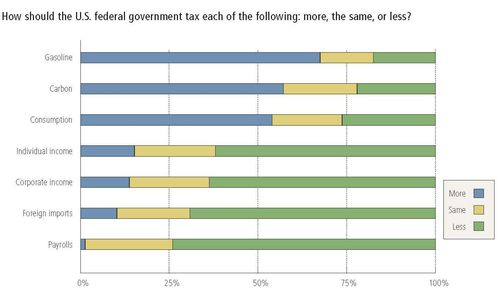 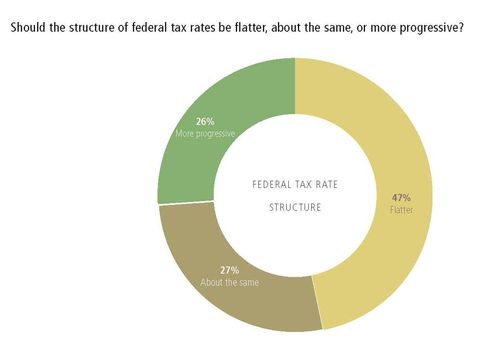