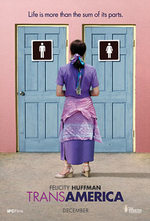 Listed below are links to weblogs that reference Tax Court: Gender Reassignment Surgery Is a Deductible Medical Expense (But Not Breast Augmentation):

» Tax Law is Crazy from ProfessorBainbridge.com
The Tax Court has decided in O’Donnabhain v. Commissioner that a MTF transsexual can deduct her hormone therapy and sex reassignment surgery as a medical expense, but cannot deduct her breast augmentation surgery. (HT: Tony Infanti) That's slicing the ... [Read More]

» Wacky tax deduction time from Don't Mess With Taxes
By now I'm sure you've heard about the recent Tax Court ruling that gender reassignment surgery costs are deductible medical expenses. You didn't? Then check out TaxProf's item on the ruling. He also includes lots of related links if you want to read e... [Read More]

Thanks so much for your ongoing thoughtful coverage of the O’Donnabhain case. Just to clarify the ruling on the breast augmentation: Judge Gale's majority opinion took pains to make clear that while the taxpayer's breast augmentation was not covered because of how her particular care providers discussed her breast development, doctrinally, other transgender tax payers may well be able to deduct those expenses, as well as those for other surgical procedures, so long as their care providers had documented that those procedures were connected to treating the clinical distress attendant to gender identity disorder.

I'm just amazed by this case (that would be because I'm Peruvian and I didn't know about it). That's juts one example on how Tax law (derecho tributario, in spanish) can build its own language. Here, we students seldom complain on how tax law has a different conceptual body different from other laws. Well, even in this case, medical issues can be set as legal issues, for deduction matters.

That's just a brief point of view from a a foreign blogger.