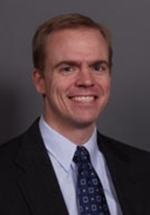 Jeffrey Brown (University of Illinois, College of Business) presents Automatic Lifetime Income as a Path to Retirement Income Security at NYU today as part of its Colloquium Series on Tax Policy and Public Finance. The co-convenors of the colloquium are Daniel Shaviro (NYU) & Mihir Desai (Harvard Business School). Here is the abstract:

This paper proposes that policymakers encourage “automatic annuitization” so that it becomes an integral part of defined contribution retirement plan design in the U.S. A large body of research in economics indicates that life annuities are the most cost-effective way to provide guaranteed income that will last for as long as an individual lives and that, as a result, annuities ought to play a central role in the portfolio of most retirees. Unfortunately, for a variety of historical, regulatory and behavioral reasons, most participants in defined contribution plans (such as 401(k) and 403(b) plans) do not currently have access to guaranteed income options through their employer’s plan. An emerging body of evidence suggests that making life annuities the “default” payout option from defined contribution retirement plans may be an effective way to increase annuitization rates and therefore an effective way to boost retirement income security of future retirees. The paper discusses a general outline for how such an automatic annuitization program could be implemented so as to increase participant choice, encourage annuitization for the majority of households for whom annuities would enhance retirement security, and limit the administrative burden on plan sponsors.

Update:   Dan notes that today's workshop has been cancelled:

I had been looking forward to this discussion. Jeff's paper argues that, given widespread myopia and financial illiteracy, contributing to under-annuitization by retirement savers notwithstanding Social Security, the pension rules should be changed to avoid discouraging employers who run retirement plans from offering, as a default with easy opt-out, 50% annuitization of one's defined contribution account at retirement.

I felt the proposal was a bit modest given the underlying critique. Once one invokes behavioral economics, e.g., to favor particular defaults, one gets into what remains, in the literature, a largely under-theorized world. Proposals in this area seem to me to need what I would call a theory of optimal induced annuitization.

Listed below are links to weblogs that reference Brown Presents Automatic Lifetime Income and Retirement Income Security Today at NYU: