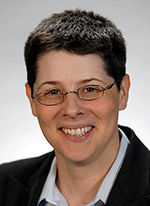 From Sarah B. Lawsky (George Washington; visiting at Virginia):

Throughout his first term, President Franklin Roosevelt paid taxes at the rates in effect when he took office, even as statutory tax rates increased. His position was that paying tax at a rate higher than that in effect at his inauguration reduced his salary, which violated the Constitutional provision that states that the president's compensation "shall be neither increased nor diminished during the period for which he shall have been elected."

At least one tax historian believes the approach is unique to Roosevelt. The memo on the cover of Roosevelt's 1937 return thus seems to exemplify chutzpah: "I am wholly unable to figure out the amount of tax for the following reason," he writes. "The first twenty days of January, 1937, were part of my first term of office and to these twenty days the income tax rates as of March 4, 1933 apply. To the other 345 days of the year 1937, the income tax rates as they existed on January 30, 1937. As this is a problem in higher mathematics, may I ask that the Bureau let me know the amount of the balance due?" Or in other words: I made a problem. Fix it, please!

President Roosevelt's chutzpah aside, does President Obama, say, have a good argument that he would not be subject to any tax hikes that occur during his term? (Or should President Bush have paid higher taxes throughout his first term, notwithstanding his tax cuts?) Probably not. Roosevelt might have taken his position based on Evans v. Gore, 235 U.S. 245 (1920), and Miles v. Graham, 268 U.S. 501 (1925), which held that taxing judges appointed prior to or even after, respectively, the enactment of the income tax violated the provision of the Constitution that says that the compensation of judges "shall not be diminished during their continuance in office."

Both of these cases have, however, been overruled: Miles v. Graham in 1939, and Evans v. Gore in 2001, when the Court held that judges' salaries could be subject to tax. "There is no good reason why a judge should not share the tax burdens borne by all citizens," the Court wrote. "[T]he Compensation Clause does not forbid Congress to enact a law imposing a nondiscriminatory tax (including an increase in rates or a change in conditions) upon judges, whether those judges were appointed before or after the tax law in question was enacted or took effect" (emphasis added).

While these cases involve the salaries of judges, a court would likely reach a similar conclusion when analyzing the similar language of the presidential compensation clause. But this question will, I suspect, never be resolved. Although tax returns are private as a matter of law, all presidents since Richard Nixon have chosen to release their tax returns. Thus a president who saved a few dollars by avoiding his own rate hikes would also be, quite simply, committing political suicide.

Thanks to Joseph Thorndike, Bill Drew, and Mike Dorf for their guidance on this subject.

Listed below are links to weblogs that reference Lawsky: Barack Obama as FDR -- Are Presidents Constitutionally Exempt From Tax Increases They Sign?:

While not relevant to the legal issue, it's nice to remember that FDR was attempting to guarantee permanent funding for his polio treatment charities in Warm Springs, Georgia. He struggled to ensure that the facilities would not be forced to turn patients away and committed a significant portion of his personal wealth to the cause.

He was also influenced by doctors who provided him medical care -- expressing reservations about forcing doctors into socialized medicine.

So, on the surface, chutzpah, fine. But there is more to the story.