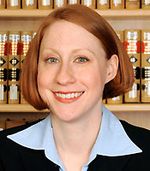 Stephanie Hoffer (Ohio State) presents Defining a Role for Direct Democracy in Non-Essential Government Spending at Cincinnati today as part of our Scholar Exchange Program. Here is the Introduction of the paper:


The task of raising revenue to provide public goods such as roads, schools, and emergency services is unquestionably within the authority of most representative local governments. The public mandate for these goods is unquestionable, and their basic availability at the local is non-negotiable.  It makes sense, then, that local governments would choose to cover the cost of essential public goods and services through mandatory, broad-based taxes such as the sales tax, income tax and real property tax.  In these cases, constituents’ aggregate preferences for the provision of public goods will be closely aligned with the local government’s actual provision of such goods, if not in extent, then at least in kind.  As a result, paying for the goods with a mandatory tax levied through representative democratic processes is not conceptually troublesome.  The same alignment of public and governmental interests does not always hold true, however, for local governments’ provision of non-essential public goods, which are nonetheless frequently financed with mandatory broad-based taxes levied through a representative democratic process.

This paper questions whether representative democracy, standing alone, is a normatively desirable institution for generating revenue to support discretionary local government spending on certain non-essential public goods.  It examines the existing balance of direct democratic and representative democratic decision making in local governments and concludes that it is not a balance at all, but rather, an imbalance.  Although direct democracy in tax and spending decisions may function as an important check on representative democracy, to extent that direct democracy currently is employed in that context, it is an all-or-nothing proposition.  Voters either accept a new tax or spending proposal, in which case it becomes law, or they do not, in which case it is never enacted and no revenue is raised.  This construct leaves no room for proportional decision making on local tax or expenditure issues, and it provides only a limited, one-off opportunity for public input on local spending decisions.

Although proportional decision making in taxation making has been criticized by some commentators as not indicative of public choice, there nonetheless are circumstances in which it would be appropriate and helpful, particularly in the context on ongoing non-essential, non-capital discretionary spending.  In addition to its potential to facilitate the efficient provision of non-essential public goods, a proportional tax decision making process would, by its very existence, create a deliberative democratic debate over the role of representative government in providing such goods, versus the role of charitable organizations in doing the same.  This paper will explore the desirability and viability of directly democratic system of proportional decision-making in the context of local taxation.  Building upon my prior work, and using a unique opt-out tax levied in Germany as an example, I seek to show that some localities in the United States could benefit from use of such a process as a means of funding the provision of non-essential public goods, particularly where these goods are not within the local government’s usual scope of activity or where they are more charitable than governmental in nature.  This could be achieved by allowing taxpayers to opt out of their obligation to pay for appropriately identified non-essential expenses.  If viable, the use of an opt-out system to engage in proportional decision making on certain government non-essential expenditures would alter the dialogue between residents and local governments, foster debate among residents themselves, and provide a more equitable and efficient allocation of resources.

Listed below are links to weblogs that reference Hoffer Presents Defining a Role for Direct Democracy in Non-Essential Government Spending Today at Cincinnati: