Any of the three books I published in 2009 would make a great Christmas gift for that special tax person: 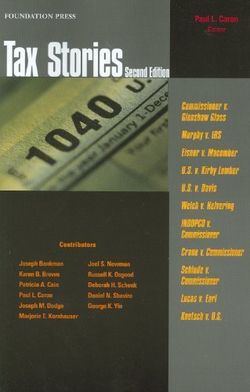 This book explores the historical contexts of seminal federal income tax cases and the role they continue to play in our current tax law. Each of the chapters sets forth the social, factual, and legal background of the case. 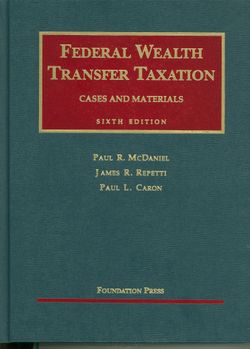 The Sixth Edition continues the comprehensive, yet flexible, presentation of prior editions. It explores both the technical and policy issues associated with wealth transfer taxation. It is adaptable for use in a single course covering basic wealth transfer taxation or a sequence of courses dealing with wealth transfer taxation at either the J.D. level or LL.M. level, while presenting selected in-depth coverage of advanced issues. Within each section, the book moves from the straightforward to the more complex rules associated with the topic so that each professor can decide the level of complexity he or she wishes to reach in the course. The Sixth Edition thoroughly integrates all relevant amendments to the Code enacted through January 1, 2009. This casebook is unrivaled in scope and depth of analysis and in its flexibility for use in different courses using any teaching technique. 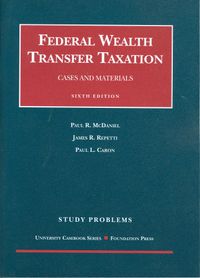 This problem set is designed to accompany our casebook, Federal Wealth Transfer Taxation (6th ed. 2009), although the problems can be used with any other casebook in the field. The problems are organized to correspond with the chapter and section headings of our casebook, and we have included with the problems corresponding page numbers of the casebook to simplify cross-referencing. There are over 275 problems that cover each chapter of the casebook (other than certain introductory chapters of Part One).

We have found the problems enormously helpful in teaching the Estate and Gift Tax course. Our casebook, like other casebooks in the field, contains an enormous amount of technical detail. We have designed the problems to help the students master the important material in each chapter. In our experience, the problems help focus classroom discussion and provide a helpful roadmap of the course to students.

For that hard to please tax person, check out the six books in the LexisNexis Graduate Tax Series, for which I serve as Series Editor: 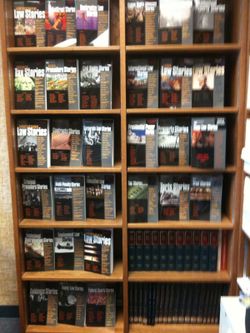 For others on your Christmas gift list, check out the thirty books in the Foundation Press Law Stories Series, for which I serve as Series Editor:

Listed below are links to weblogs that reference Christmas Gifts for that Special Tax Person:

Those can't top an actual book that I have, "Mathematics for Engineers" by Dull and Dull.