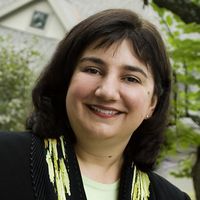 Leandra Lederman (Indiana-Bloomington) presents A Tisket, A Tasket: Basketing and Corporate Tax Shelters at Brooklyn today as part of its Faculty Workshop Series.  Here is the abstract:

In an income tax system comporting with the Haig-Simons norm, deductible expenses would be deductible from all income regardless of source. For example, a taxpayer would be able to deduct investment expenses from business income or personal income, not just from investment income. A true Haig-Simons income tax system thus would not take the schedular approach of sorting different types of expenses and losses into distinct conceptual “baskets” containing corresponding types of income.

Practical realities often require departing from the Haig-Simons norm, however. The U.S. federal income tax system does require individuals to basket a number of types of expenses and losses. For example, individuals’ investment interest expense can only be deducted from net investment income. Similarly, individuals’ passive activity losses can only be deducted from passive income gains. These particular basketing requirements are anti-tax shelter devices; they prohibit “investment” expenses and losses from being deducted from income from other sources (such as the salary of a high-income doctor or lawyer).

Oddly, corporations taxed under Subchapter C of the Internal Revenue Code (Code) generally are not subject to many of the basketing restrictions that apply to individuals. Thus, corporations generally can deduct their passive investment expenses and losses from their active business income. That ability allowed infamous tax strategies such as the FLIP/OPIS basisshifting shelter and the CINS contingent installment sale shelter to be developed.

The article examines the concept of tax basketing and proposes extending the passive/active distinction that already exists for individuals to the domestic corporate context. If corporations’ passive-source expenses and losses were required to be basketed with their passive income (such as income from interest; dividends; and rents and royalties, other than those produced by an active business), most abusive tax shelters involving financial products would not work. Thus, if adopted, the proposal would limit the prospects of future cloned tax shelters.

The paper also discusses possible objections to the proposal, including the complexity entailed in separating corporations’ active business income and losses from passive income and losses. Multi-national corporations are already required to do that sorting for several purposes. For example, the Passive Foreign Investment Company (PFIC) regime requires identification of a foreign corporation’s passive and active income (and assets) in order to determine whether the corporation is a PFIC, which subjects U.S. shareholders to anti-deferral tax rules. The distinction made by this and other regimes that draw on the same definitional Code section could readily be extended to the domestic context. The proposal thus would impose the minimum additional costs needed to eliminate the effectiveness of the most common and costly type of corporate tax shelter activity.

Listed below are links to weblogs that reference Lederman Presents Basketing and Corporate Tax Shelters Today at Brooklyn: