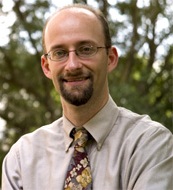 Brian D. Galle (Florida State) received honorable mention in the 2010 AALS Scholarly Paper Competition for his paper, Foundation or Empire? The Role of Charity in a Federal System, 88 Tex. L. Rev. ___ (2010). Brian will present the paper at the AALS Annual Meeting on Friday, January 8, at 4:00 p.m.  Here is the abstract:

However, the claim that government can meet the needs only of a single “median voter” neglects both federalism and public choice theory. Citizens dissatisfied with the services of one government can move to or even create another. Alternatively, they may use the threat of exit to lobby for local change. Subsidies for charity inefficiently distort the operation of these markets for legal rules.

Nonetheless, there remains a strong case for subsidizing charity, albeit on grounds new to the literature. Charity serves as gap-filler when federalism mechanisms break down. For example, frictions on exit produce too little jurisdictional competition, and excessively easy exit produces too much competition - a race to the bottom. At the same time, competition from government constrains inefficient charities. Thus, charity and government each perform best as complements to the other.

Finally, this Article sketches the normative legal consequences of these claims. Most significantly, I respond to the claims by Malani and Posner that for-profit charity would be superior to current arrangements. That suggestion would fatally weaken competition between charity and government, defeating the only persuasive purpose for charitable subsidies.