Does Sarah Palin Have a Tax Problem? 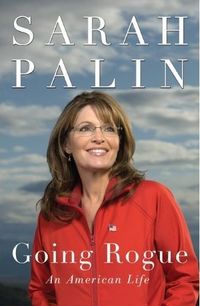 Back in September, it was reported that a dinner with former Alaskan governor Sarah Palin was being auctioned by charity on eBay with a minimum asking bid of $25,000. That was sort of funny. It was later reported that the winning bid was $63,500, from a woman in Alabama. That was less funny, and less widely reported.

But the tax consequences were apparently not thought about, because she might have realized taxable income of $63,500 with nothing to show for it. There is a sometimes-overlooked tax regulation that states that you don't realize income by providing services to a charity, but that you do realize income by providing a service to someone else who then pays the charity for that service. (Treas. Reg. § 1.61-2(c).)

If Sarah Palin had charged someone $63,500 to have dinner with her, she would have $63,500 of income, and she could later donate that money to charity and claim a charitable deduction subject to the limits on charitable deductions (usually 50% or 30% of adjusted gross income). The point made by the regulation, and by various rulings issued by the IRS, is that Palin can't avoid that result by assigning the right to have a dinner with her to a charity and letting the charity collect the money. ...

Will she? And will the IRS notice if she doesn't bother to report that income?

Update:  Joe Kristan notes that Governor Palin's situation is likely covered by Rev. Rul. 68-503, which applies Reg. § 1.61-2(c) to an entertainer who performs at a fund-raiser:

No amount is includible in a performer's gross income as a result of professional services rendered gratuitously in entertainment programs promoted by a political fund-raising organization.

Listed below are links to weblogs that reference Does Sarah Palin Have a Tax Problem?:

» A tax problem for Palin? from Roth & Company, P.C.
Talking Points Memo says Sarah Palin may have to report taxable income from a charity auction of a dinner date... [Read More]

Ah, but you see WB donates to the "Correct causes". Since Sarah is a Conservative, a special second set of standards will be brought out.

It seems to me she has lots of tax problems. This is the least of them.

The charitable deduction limitation probably won't be an issue and the whole thing at worst will be a wash since, between her book income and the Hong Kong speaking engagement, she has earned way more than $127,000.

On the other hand, she's been reporting Todd's snow machince racing as a business, but it clearly is a hobby. His annual expenses are more than twice his possible prize money and, before the VP nomination, his sponsorship deals weren't making up the difference. There was clearly no profit expectation.

Her per diem expenses and kid's travel expenses made national news last year, so yet another problem.

There are ongoing questions about her Alaska Fund Trust and SarahPAC.

So yes, she does have a tax problem, but not on this particular issue.

The issue appears to be whether Gov. Palin’s services will be rendered *directly* to the organization. Her situation is clearly covered by Reg. § 1.62-2(c), the second sentence of which states the value of services is *not* includible in gross income if the services are rendered both "directly and gratuitously" to the organization. Rev. Rul. 68-503 does not expressly address the “directly” issue.

From the information at the eBay auction site, it appears Gov. Palin has substantial control over various aspects of the arrangement, including sole discretion to refuse to dine with the winner and sole discretion over the duration (for which there is no minimum) of the dinner. Control of some aspects is shared with the winner (who must also pay for the actual meals after paying $63,500 merely for the “dinner experience”). For example, consider the following:

“The dinner experience with Sarah Palin will take place at a site to be determined and at a mutually agreed upon time and date to be determined by Ms. Palin and the winning bidder. Ms Palin may bring up to three guests of her own. The dinner will be paid for by the seller. There are no age restrictions but anyone under 16-years-old must be accompanied by a parent or legal guardian. Winner may take personal photos and allowed to bring one item of reasonable size i.e. no larger than what can be carried by hand (t-shirts, books, magazines, etc.) The decision to sign the item will ultimately be up to Ms. Palin. Respect for Ms. Palin and her guest(s) is expected at all times. Inappropriate behavior will result in the conclusion of the experience with no refund.

“Dinner shall last no more than four hours, but could be less, in the sole discretion of Sarah Palin.* Governor Palin reserves the right to refuse dinner with a winning bidder if, in her sole discretion, the winning bidder is not a suitable bidder based on her subjective standards of suitability, professionalism, background and other factors. In the event the high bidder is rejected for this reason, the high bidder's bid will be refunded, if paid, and the next highest bidder shall be notified, and thereafter, until a suitable match is determined.”

Come to think of it, Gov. Palin may not be “gratuitously” rendering the services. Considering she can bring 3 guests and the winner picks up the tab, perhaps Gov. Palin is doing this to get a free meal.

That “free” meal may be expensive tax-wise if her charitable deductions are limited.

Also, the original commentary is not from Talking Points Memo itself, but from an individual blogger on the TPM site.

So Josh Marshall is now a tax expert? Has Andy Sullivan piled on with questioning the deductions the Palins took for Trig's birth? If they want to play the politics of destruction, that's fine, but don't come to a gun fight armed with a knife. The Treasury Secretary is a tax cheat and the Chairman of the Ways and Means Committee is a tax cheat and a fraud. There's the story. Not Sarah's donation to a charity auction.

Rev. Rul. 68-503 is distinguishable, because it that case the entertainer performed for the charity itself, at an event sponsored by the charity and scheduled by the charity. Sarah Palin, by contrast, offered to perform a particular service, and then allowed the charity to sell that service to someone else. The charity became a kind of clearing-house or broker for different possible kinds of services, rather than a sponsor of a specific event.

Why wouldn't this be viewed as if she had donated her time to the charity, which then auctioned it off, as opposed to the characterization that she performed services for the higher bidder, and then remitted the proceeds to the charity? By this logic, in every charity fundraiser "silent auction" where a chef offers to cook dinner in the home of the highest bidder, or a musician offers to play a concert in the home of the highest bidder, the donor has taxable income. That can't be right. As I understand it, the donor here gave the money directly to the charity and not to Ms. Palin.