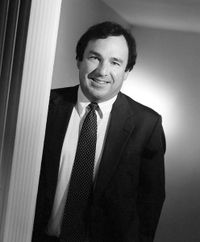 Repetti was appointed as the first The Rev. William J. Kenealy, SJ, Professor at the start of this academic year. The Professorship is named in honor of the member of the Law School's first class who went on to serve as dean of the school from 1939-1956.

Listed below are links to weblogs that reference Repetti Delivers Inaugural Kenealy Lecture at BC: