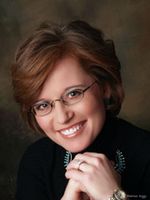 In an e-mail to the Washington legal community in the summer of 2008 to announce that he and wife Kyndra Rotunda had found new jobs in California [at Chapman University School of Law], professor Ronald Rotunda wrote an eye-catching final line: "We are...pleased to be leaving George Mason University."

Behind that less-than-fond farewell lie accusations of sexual harassment and discrimination and, ultimately, dismay that drove a noted constitutional scholar and his wife to quit their jobs at George Mason University School of Law.

This July, Kyndra Rotunda filed a lawsuit against the Arlington, Va., school, where just three years before she had happily signed on as director of a legal assistance clinic for military service members. In her suit, she alleges she was harassed by the clinic's executive director, Joseph Zengerle, whose actions she says drove her into leaving after she turned down his sexual advances.

Rotunda alleges in court documents that, despite her complaints about Zengerle, George Mason "knowingly" tolerated his behavior. Last month, her suit, filed in the U.S. District Court for the Eastern District of Virginia,survived a motion to dismiss. "I was sexually harassed at one of America's upper-tier law schools, and they shouldn't be able to get away with it," said Rotunda in an interview before she sued.

Listed below are links to weblogs that reference Prof. Rotunda Sues George Mason for Sexual Harassment:

hmmm, not sure where to come down on this.
After David Letterman's confession and the response thereof, I believe a new standard has formed.

If you have sex or make sexual advances to someone you work with:
if you're a Republican, it is sexual harassment, but
if you're a Democrat, it is merely an office romance.

Was her boss a Republican or Democrat?