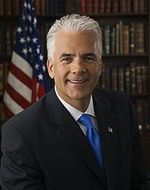 Following up on my July post (Adultery and Tax Planning) on the sordid tale of Sen. John Ensign's extra marital affair with Cynthia Hampton, a campaign staffer married to Douglas Hampton, Sen. Ensign's former chief of staff.  I noted that the $96,000 in "gifts" by Sen. Ensign's parents to the Hamptons was structured in the form of eight checks of $12,000 each -- four checks each from Sen. Ensign's father and mother to Cynthia Hampton, Douglas Hampton, and their two children in order to take full advantage of the $12,000 gift tax annual exclusion available in 2008.  This week's New York Times' detailed investigation should prompt the IRS to question the treatment of the $96,000 payment as a gift in light of the possible legal claims by the Hamptons against Sen. Ensign.

Listed below are links to weblogs that reference John Ensign's Tax Problem:

» Adultery and Tax Planning from Taegan Goddard's Political Wire
Paul Caron follows up on Sen. John Ensign's extramarital affair with Cynthia Hampton, a campaign staffer married to Douglas Hampton, Sen. Ensign's former chief of staff. He notes "that the $96,000 in 'gifts' by Sen. Ensign's parents to the Hamptons... [Read More]

Acorns' got nothing on Ensign. Some dweeb went in with a camera and conned some ignorant Acorn staffers into a little show. Ensign, on the other hand, screwed his buddy, his buddy's wife and every fool who cast a ballot for the clown knows this. Worse, he got his parents to pay out some hush money.

I'm wondering why this is a big news story and David Letterman's apparently ongoing abuse of his staff makes him some kind of hero. Perhaps Ensign should try his hand as a late night comic?

No, Kevin - gift taxes are paid by the GIVER, not the recipient.

Another corrupt and venal Republican. Is this really news?

Funny how the NY Times always delights in "investigating" Republicans. Do you think they could possibly be biased? Just a thought. Similarly, I guess their failure to investigate or even comment on ACORN, must have been some sort of accidental oversight.

Gift taxes are paid by the giver, not the recipient. But the point here is that Ensign's "gifts" were not really gifts under the law, but rather payments in regard to a settlement. It's shady dealing. If the administration and party in power were not so utterly compromised with regard to tax compliance, one might actually care.

I guess the NY Times has taken care of that staffing problem in Washington that prevented them from reporting on Van Jones and ACORN.

But surely the tax burden is the Hamptons', yes? Gift taxes are paid by the recipient, not the giver.

Are you suggesting that the Ensign family could be on the hook for conspiracy to tax evasion, or something like that?

If we go down that road, I suppose the money is also a gift to Ensign himself, right? (It was clearly to pay a debt - of sorts - that he owed personally, not that his parents owed. So by clearing the debt for him, they were in effect giving him the money.) So Ensign owes gift taxes on that money; the Hamptons also owe gift taxes on the money; Ensign is guilty of attempted tax evasion by arranging for the Hamptons to get bogus "gifts"; and Ensign's parents are guilty of tax evasion twice over, both for conniving with Ensign in his plot and for conniving with the Hamptons in their part of the plot. And of course the Hamptons are also guilty of tax evasion, and possibly conspiracy (twice over), since both gifts and conspiracies are two-party transactions. Right?

That's a whole lot of grief to draw out of one - admittedly shady - payoff. Where does it end? Allowing that this was an underhanded transaction, is there any degree of common sense or proportionality that enters into it at any point?