The ABA’s accreditation standards focus on a number of issues, including schools’ facilities, student support services, faculty, admissions practices, and graduates’ passage of the bar exam. Concerns have been raised about how some of these accreditation standards may affect the cost of attendance and minority access. In 2007, we reported on the ABA’s process for accrediting law schools and questions that had been raised about the process. In this report, in response to a mandate in the Higher Education Opportunity Act, we examine the following questions: (1) How do law schools compare with similar professional schools in terms of cost and minority enrollment? (2) What factors, including accreditation, may affect the cost of law school? (3) What factors, including accreditation, may affect minority access to law school?

We briefed your staff on the results of our analysis on September 2 and 3, 2009, and this report formally conveys the information provided during that briefing (see appendix I for the briefing slides). In summary, we reported the following: 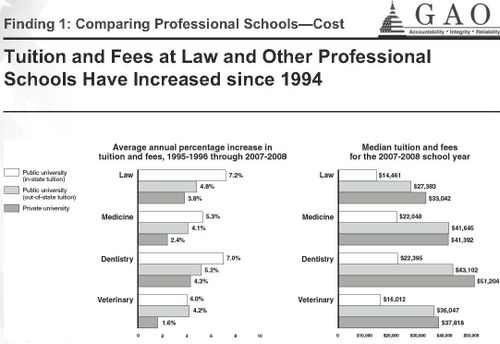 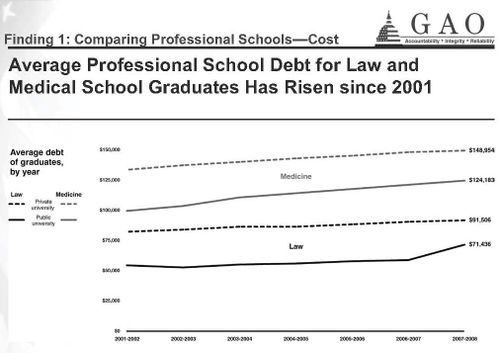 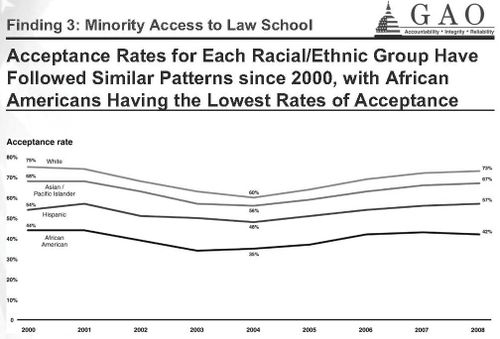 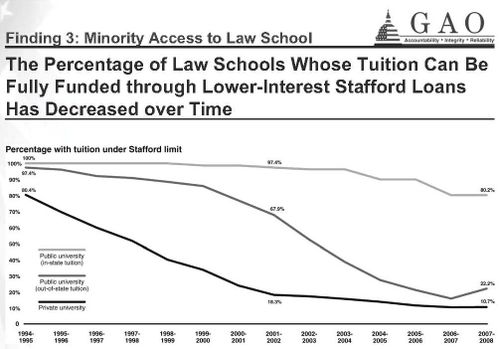 Listed below are links to weblogs that reference GAO: U.S. News Rankings, Not Accreditation, Key Driver of Law School Tuition:

» Mid-week Links from The Faculty Lounge
The GAO Report, Issues Related to Law School Cost and Access, is out and being much discussed in the blawgosphere. GAO concludes “According to law school officials, the move to a more hands-on, resource-intensive approach to legal education and competi... [Read More]

The GAO determined how much accreditation requirements add to the cost of law school by asking the currently accredited law schools?

Why would the minorities care about any relationship here? Not one Black, Hispanic, or Native American at my law school paid dime one for tuition. The Asians, of course, paid in full as well.