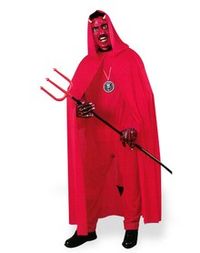 A few weeks ago, an email came my way that opened with this question: “Can you deduct the cost of your Halloween costume as a business expense?” It then answered the question:

No, if you bought it to go trick-or-treating with your kids.

Yes, if you bought it to attend a client's Halloween party.

For both? Then proportion the cost based on % of use.

You can find this question and answer on the web at Ways Through the Maze: A Tax Guide for Indies.

Though I agree with the first part of the response, I recoil in horror at the second. Unquestionably there is no deduction if the costume is purchased for a Halloween outing with the children. But if the purchase is for a client’s party, the answer depends on whether the cost of attending the party is an ordinary and necessary expense of carrying on a trade or business. And that means that the third part of the response, dealing with percentage of use, requires a more sophisticated determination than simply hours at a party compared to hours with the children, but rather a comparison of deductible use versus non-deductible use. ...

Listed below are links to weblogs that reference Deductibility of Halloween Costumes:

» What if you go disguised as an energy-efficient appliance? from Roth & Company, P.C.
Professor Maule unmasks the idea of deducting your Halloween costume. (Via the TaxProf).... [Read More]

Is that you Paul? I always knew.

The devil's in the details.