Lawsky: More on The Tax Savings Behind the Chicago Cubs Sale 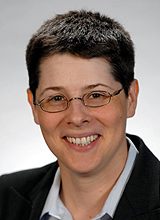 Sarah Lawsky (George Washington) expands on Friday's post, The Tax Savings Behind the Sale of the Chicago Cubs for $845m:

First, the deal may not be so bullet-proof.  In a Chicago Tribune story published earlier this year (which unfortunately does not appear to be available on line for free), Robert Willens pointed out that the IRS might challenge this deal because it is not clear what it means for a company in bankruptcy (Tribune) to guarantee a debt. Michael Oneal, "Cubs Deal in 'Uncharted Territory,'" Chicago Tribune, Jan. 25, 2009.

Second, Tribune might be indifferent to the additional allocation required to provide Buyer with the full depreciation under the remedial method, but that indifference is probably not because of the interest allocation.  Phillip Gall (Deloitte Tax LLP & NYU), who is a partnership tax master but does not have any particular knowledge of the Cubs deal, notes: "[T]he mere fact that Tribune is the guarantor does not lead to interest deductions being allocated to Tribune.  You may be thinking that the debt becomes partner nonrecourse debt, which it probably does.  However, interest expense on partner nonrecourse debt does not get allocated to the partner who bears the economic risk of loss for the debt until there are partner nonrecourse deductions associated with the interest expense .  There probably would not be partner nonrecourse deductions for many years after the structure is put in place.  Of course, the agreement could specially allocate the interest expense to Tribune, but this would be very unusual in a deal like this and would not have anything to do with the fact that the debt was guaranteed by Tribune."  (This doesn't necessarily mean, though, that the deal's only benefit for Tribune stems from the time value of money.  For example, Tribune might have enough losses to partially or entirely offset the ordinary income from the remedial allocation.)

Listed below are links to weblogs that reference Lawsky: More on The Tax Savings Behind the Chicago Cubs Sale: