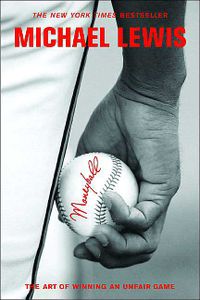 As regular readers of this blog know, I have long been intrigued by the application of Moneyball principles to law schools, beginning with my article, What Law Schools Can Learn from Billy Beane and the Oakland Athletics, 82 Tex. L. Rev. 1483 (2004).  Ilya Somin (George Mason) has a great post on the The Volokh Conspiracy, Do the Recent Failures of the Oakland A's Discredit Moneyball Strategies in Baseball and Academia?:

Like many academics, I have praised the "Moneyball" strategies adopted by Oakland A's GM Billy Beane. Beane's innovative use of statistical methods for evaluating player performance built the small-market A's into a powerhouse that posted records as good as those of top teams with much higher payrolls, including the Red Sox and Yankees. Meanwhile, in the academic world, my employer, the George Mason University School of Law, used similar strategies to identify and hire undervalued scholars, an approach that enabled the school to rise rapidly in the US News rankings (from around 90th or so in the late 90s, to a peak of 34th in 2007 and 41st today). GMU's moneyball approach also enjoyed impressive successes on measures of faculty quality, such as Brian Leiter's citation count study, in which we ranked 21st in 2007. Like the A's, GMU has outperformed competitors with much greater financial resources (we charge lower tuition and have a much smaller endowment than most of our peer schools).

However, as ESPN writer Howard Bryant explains in this article, the A's poor performance over the last three years has led many people to doubt the effectiveness of Beane's approach. Although GMU's rankings haven't fallen anywhere near as much as the A's place in the American League standings, we have fallen a few slots in US News over the last two years.

In my view, the the A's recent problems in no way discredit Moneyball strategies. In both baseball and academia, Moneyball hiring is still a success. And, while the A's may not have a bright future, I am cautiously optimistic that GMU does.

I. The A's Problems are Caused by Moneyball's Success.  As Daniel Drezner explains, the A's have slipped not because Moneyball strategies stopped working, but because other teams with bigger payrolls (most notably, my beloved Red Sox) successfully copied them. ...

II. Implications for GMU and Legal Academia. Nonetheless, the recent decline of the A's does raise the question of whether GMU will suffer a similar decline as better-funded competitors mimic some of our hiring strategies. It certainly could happen, but I am guardedly optimistic that it won't. Competitive pressure in academia is much weaker than in professional sports, where losing GMs tend to get fired and owners of losing teams suffer big financial losses. In the academic world, faculty who perform poorly relative to their competitors are unlikely to lose either funding or tenure. Even law school deans are unlikely to lose their jobs merely because the school's ranking stagnates or declines.

Thus, GMU's innovations are less likely to be copied widely than those of the A's. Even so, some have spread. The three undervalued faculty assets that GMU has historically pursued include 1) law and economics scholars, 2) conservative and libertarian academics who might have gone to higher-ranked schools but for ideological discrimination, and 3) academics with strong publication records who were overlooked by higher-ranked schools because they didn't have a prestigious clerkship or didn't get their JDs at a top-5 school. I think it's clear that law and econ scholars are no longer undervalued by most of our competitors. Ideological discrimination and school/clerkship snobbery persist, but both are less intense than ten years ago. In particular, our rivals are beginning to realize that past publication record is a better predictor of the quality of future scholarship than who you clerked for or where you got your JD (this is similar to Beane's famous insistence on evaluating prospects based on minor league and college stats rather than whether they looked good to tradition-minded scouts).

Listed below are links to weblogs that reference Somin: Can Moneyball Strategies Still Work for Law Schools?:

This all sounds well and good, but all
you need is for the Yankees to start
winning championshiips, and this strategy
goes out the window, in baseball and law schools

I'm not sure what this proves, other than that if you hire on the basis of the US News survey you will move up in the US News survey. I also haven't seen the A's in many World Series lately. Is it possible my TV is broken?

There is more to the bottom line than taxes. For attractive athletes who can generate endorsement money, location is key and state taxes are secondary. For many years MJ made 90% of his money from endorsemnets. Hard to get that in a small or non-sports market. Look at Rickie Rubio not wanting to go to Minnesota. It has nothing to do with state taxes. For those who do not follow sports, I will put it in terms of law firms. Not too many partners would leave Cravath for low taxes in Miami.