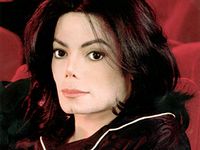 Prior TaxProf Blog coverage of estate tax issues to be faced by Michael Jackson's estate:

Listed below are links to weblogs that reference Deductibility of Michael Jackson's Funeral Expenses: