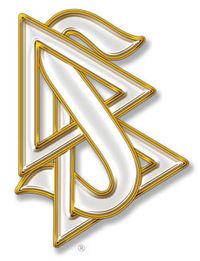 One of the enduring tax mysteries is the 26-year battle between the Church of Scientology and the IRS (documented here), culminating in a 1993 settlement (during Fred Goldberg's stint as Commissioner) in which the IRS agreed to grant tax exempt status to the church (Rev. Rul. 93-73, 1993-2 C.B. 75) , which in turn agreed to drop its multi-front litigation "war" against the IRS.  Yesterday's St. Petersburg Times began a three-part special report on the church, with Part 1 including details of the Scientology-IRS settlement (today's Part 2 is here):

Scientology vs. the IRS

By the late 1980s, the battle with the IRS had quieted from the wild days of break-ins and indictments. But Miscavige was no less intent on getting back the church's tax exemption, which he thought would legitimize Scientology.

The new strategy, according to Rathbun: Overwhelm the IRS. Force mistakes.

The church filed about 200 lawsuits against the IRS, seeking documents to prove IRS harassment and challenging the agency's refusal to grant tax exemptions to church entities.

Some 2,300 individual Scientologists also sued the agency, demanding tax deductions for their contributions.

Washington-based attorney William C. Walsh, who is now helping the church rebut the defectors claims, shepherded many of those cases. "We wanted to get to the bottom of what we felt was discrimination,'' he said. "And we got a lot of documents, evidence that proved it.''

"It's fair to say that when we started, there was a lot of distrust on both sides and suspicion,'' Walsh said. "We had to dispel that and prove who we were and what kind of people we were.''

Yingling teamed with Walsh, Miscavige and Rathbun on the case. She said the IRS investigation of Miscavige resulted in a file thicker than the FBI's file on Dr. Martin Luther King. "I mean it was insane,'' she said.

The church ratcheted up the pressure with a relentless campaign against the IRS.

Scientologists distributed the magazine on the front steps of the IRS building in Washington.

A group called the National Coalition of IRS Whistleblowers waged its own campaign. Unbeknownst to many, it was quietly created and financed by Scientology.

It was a grinding war, with Scientology willing to spend whatever it took to best the federal agency. "I didn't even think about money,'' Rathbun said. "We did whatever we needed to do.''

They also knew the other side was hurting. A memo obtained by the church said the Scientology lawsuits had tapped the IRS's litigation budget before the year was up.

The church used other documents it got from the IRS against the agency.

In one, the Department of Justice scolded the IRS for taking indefensible positions in court cases against Scientology. The department said it feared being "sucked down" with the IRS and tarnished.

Another memo documented a conference of 20 IRS officials in the 1970s. They were trying to figure out how to respond to a judge's ruling that Scientology met the agency's definition of a religion. The IRS' solution? They talked about changing the definition.

Rathbun calls it the "Final Solution" conference, a meeting that demonstrated the IRS bias against Scientology. "We used that (memo) I don't know how many times on them," he said.

By 1991, Miscavige had grown impatient with the legal tussle. He was confident he could personally persuade the IRS to bend. That October, he and Rathbun walked into IRS headquarters in Washington and asked to meet with IRS Commissioner Fred Goldberg. They had no appointment.

Goldberg, who did not respond to interview requests for this story, did not see them that day, but he met with them a week later.

Rathbun says that contrary to rumor, no bribes were paid, no extortion used. It was round-the-clock preparation and persistence — plus thousands of lawsuits, hard-hitting magazine articles and full-page ads in USA Today criticizing the IRS.

"That was enough," Rathbun said. "You didn't need blackmail."

He and Miscavige prepped incessantly for their meeting. "I'm sitting there with three banker's boxes of documents. He (Miscavige) has this 20-page speech to deliver to these guys. And for every sentence, I've got two folders'' of backup.

Miscavige presented the argument that Scientology is a bona fide religion — then offered an olive branch.

Rathbun recalls the gist of the leader's words to the IRS:

Look, we can just turn this off. This isn't the purpose of the church. We're just trying to defend ourselves. And this is the way we defend. We aggressively defend. If we can sit down and actually deal with the merits, get to what we feel we are actually entitled to, this all could be gone.

The two sides took a break.

Rathbun remembered: "Out in the hallway, Goldberg comes up to me because he sees I'm the right-hand guy. He goes: 'Does he mean it? We can really turn it off?' ''

The two sides started talks. Yingling said she warned church leaders to steel themselves, counseling that they answer every question, no matter how offensive.

Agents asked some doozies: about LSD initiation rituals, whether members were shot when they got out of line and about training terrorists in Mexico. "We answered everything,'' Yingling said, crediting Miscavige for insisting the church be open, honest and cooperative.

The back and forth lasted two years and resulted in this agreement: The church paid $12.5 million. The IRS dropped its criminal investigations. All pending cases were dropped.

On Oct. 8, 1993, some 10,000 church members gathered in the Los Angeles Sports Arena to celebrate the leader's announcement: The IRS had restored the church's tax exemption, legitimizing Scientology as a church, not a for-profit operation.

"The war is over," Miscavige told the crowd. "This means everything.''

For a recent example of the continuing impact of the Scientology settlement on the administration of the tax law, see 9th Circuit: Parents Cannot Deduct Payments to Their Children's Religious Schools (12/13/08).  For additional commentary on the IRS and Scientology, see:

Listed below are links to weblogs that reference New Details Emerge of Scientology-IRS Settlement:

But what can be done to undo what the 'Church' has done and get the IRS to revoke the tax exempt status?

Well worth reading. Thank you for letting us know about this incisive series of articles.