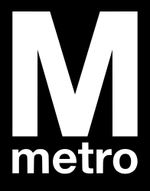 [T]he National Transportation Safety Board repeatedly recommended that Metro (more formally known as the Washington Metropolitan Area Transit Authority, or WMATA) retrofit or replace these older cars, but Metro refused. Why? Because “WMATA is constrained by tax advantage leases, which require that WMATA keep the 1000 Series cars in service at least until the end of 2014.”

What are these “tax advantage leases”? They appear to be standard sale-leaseback transactions, in which WMATA sold equipment, including train cars, to another party and now leases it back. The other party gets various tax advantages (depreciation, credits, and so forth) associated with owning the equipment, and WMATA, which as a tax-exempt organization cannot use these advantages, gets cash. But apparently the leases did not include language that permits WMATA to break the leases if newer, safer equipment comes along.

Thus sale-leasebacks, which are purely tax-motivated transactions, may have locked Metro into using outdated and unsafe equipment and thus made this crash even more deadly than it might otherwise have been.

Listed below are links to weblogs that reference How Tax Law Caused the Washington Metro Train Wreck:

Prof. Lawsky should be embarassed by this posting. She offers no support for her main premise. She is as sophisticated as a bologna sandwich. This post should be removed.

To make it even more tenuous, not all the Rohr cars were ever (or are still) subject to a lease-leaseback. According to Board materials, WMATA did not lease and leaseback all the Rohr cars--it reserved some for replacements. See http://www.wmata.com/about_metro/board_of_directors/
board_docs/060905_IIIcTaxAdvLease.pdf

So the cars involved in the accident may not have ever been subject to a lease. Moreover, due to the AIG downgrade, many of the sale-leaseback transactions entered into by WMATA were terminated early.
http://www.wmata.com/about_metro/board_of_directors/board_docs/
052809_ExecSessionLeaseback12items.pdf

So it may be that as far as LILOs were concerned at least, WMATA was perfectly free to retire many of the Rohr cars. The fact that they did not points more to the chronic lack of funding for replacement cars than to any restrictions brought about by the tax code.

These were SILO transactions that never should have been engaged in by WMATA or encouraged by DOT. That said, SILOs gave WMATA bucket fulls of cash (in the form of accomodation payments) that WMATA could have set aside to service the cars. The notion that WMATA was constrained by the tax law is beyond tenuous -- it's goofy!

Do the agreements really "require that WMATA keep the 1000 Series cars in service at least until the end of 2014" or merely that WMATA continue to make lease payments until that time? If the latter, WMATA could still have upgraded, but it may have been expensive to upgrade.

And what would have happened if judicial doctrines clearly denied the tax benefits, so WMATA didn't have the opportunity to earn money from entering into the transaction in the first instance? Would many more trains would have suffered from lack of repairs, for lack of funds? Are we saying that strong judicial doctrines may cause deaths and mass public transit accidents? Or perhaps if judicial doctrines didn't exist, WMATA would get even more money for improvements, so judicial doctrines factored into the crash? Should this be presented at oral argument in LILO cases? Does the economic substance doctrine kill people?

How tenuous a connection can we draw between tax law and yesterday's tragedy? The challenge is on...