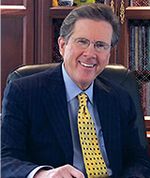 Following up on Friday's post:  DePaul law faculty, administrators, and students, as well as the law prof blogosphere, are unanimously condemning DePaul's abrupt firing of Dean Glen Weissenberger for reporting truthful information to the ABA in connection with its reaccreditation site visit.  Here are some telling comments:

Listed below are links to weblogs that reference DePaul's Firing of Dean Glen Weissenberger Is Universally Condemned: