Apple Announces New iPhone; IRS to Let Your Employer Give You One Tax-Free 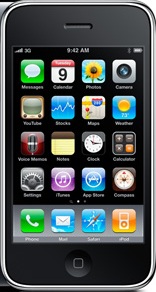 Apple yesterday announced its new iPhone 3G S.  Also yesterday, the IRS announced that it was considering new rules that would allow your employer to give you one on a tax-free basis.

I previously blogged the draconian rule of § 280F that employers must include in an employee's W-2 income the value of employer-provided cell phones unless the employee satisfies onerous substantiation rules. Over the past few years, the IRS has increasingly raised this issue on audit, with the result that many employers, including universities, responded by no longer providing cell phones to employees (including professors).

In Notice 2009-46, the IRS requested comments on three alternative methods to simplify the substantiation rules for employer-provided cell phones:

Listed below are links to weblogs that reference Apple Announces New iPhone; IRS to Let Your Employer Give You One Tax-Free: