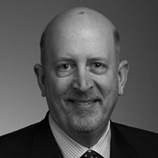 President Obama today nominated William J. Wilkins to be Chief Counsel for the Internal Revenue Service and Assistant General Counsel in the Department of the Treasury.  From the White House press release:

William J. Wilkins of Washington, DC has been a partner in the Tax Practice Group of Wilmer Cutler Pickering Hale and Dorr LLP (also known as WilmerHale) since 1988. He has a broad tax practice that includes counseling nonprofit organizations, business entities, and investment funds on tax compliance, business transactions, and government investigations. Prior to joining WilmerHale, Wilkins was Staff Director and Chief Counsel of the United States Senate Committee on Finance. Wilkins joined the Democratic staff of the Committee in 1981 and served as tax counsel before becoming Staff Director and Chief Counsel in 1987. Prior to joining the Finance Committee staff, Wilkins was an associate with King & Spalding in Atlanta, GA. Wilkins is Chair of the Section of Taxation of the American Bar Association, the nation’s largest association of tax lawyers. He has been active in the Section for many years, having previously served as Section Vice-Chair and as Chair of two Section Committees. He has previously served on the governing boards of the American College of Tax Counsel and the American Tax Policy Institute. Wilkins is a graduate of Yale University and Harvard Law School.

Listed below are links to weblogs that reference Obama Nominates William J. Wilkins to be IRS Chief Counsel :

I was thinking the same thing.

I wonder if he paid his taxes?