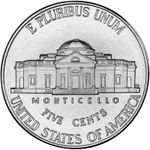 Detroit Free-Press: 9-cent IRS Dilemma Leaves Lawyer Confused; He Owes a Nickel and Is Due 4-Cent Refund, by Joe Swickard:

While many may fight the IRS over thousands of dollars, [Detroit criminal defense lawyer James] Howarth said he's in a dilemma with the federal agency, and he insists it's no chump change controversy. ...

In mid-November, Howarth received notice that his FICA account, even after an adjustment, was out of whack. He owed the IRS a nickel. And the IRS was serious. It advised him to act promptly "to avoid additional penalty and/or interest." Howarth started calculating how much that nickel was going to cost him. As he figures it, there is the 5 cents plus the cost of a check -- payment must be made by check or money order. Then there is his CPA's fee, an envelope, his secretary's time, his own time and a 42-cent stamp. ...

But then a second letter arrived. This one said Howarth had a refund coming. The amount? Four cents. But to get it, Howarth would have to ask for it because it was less than $1. "When I owe them a nickel, I must pay them," he said. "It's not optional. ... He said he is unsure if he now owes one penny or if there was a recalculation resulting in a 9-cent swing in his favor. "I just don't know."

Listed below are links to weblogs that reference Lawyer Battles With IRS: 5-Cent Tax Bill or 4-Cent Tax Refund?: