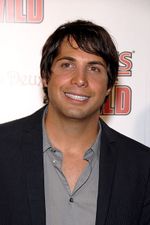 Yesterday I blogged the brouhaha over the decision by Joe Francis, founder of the Girls Gone Wild video series, to fire yet another tax lawyer in his tax evasion case -- calling The Bernhoft Law Firm "the Paris Hilton of lawyers -- just to be famous, not to do anything."  The American Lawyer reports today that the lawyers fired back in a three-page declaration filed on Thursday before U.S. District Court Judge S. James Otero in Los Angeles:

Counsel and Mr. Francis have reached an irreconcilable conflict concerning issues that, at the time, were reposed within the attorney-client privilege. As a result of this irreconcilable conflict, counsel was obligated to inform Mr. Francis on November 18, 2008, of the necessity of terminating the legal relationship and withdrawing as counsel of record from the case.

Thereafter, via email transmission, Mr. Francis communicated one of several threats to counsel that if counsel did not perform certain acts: “As for a practice in LA. It is highly unlikely if you piss me off. I KNOW EVERYONE AND THEY WILL DO WHAT I SAY!” Counsel has previously withheld this information out of an overabundance of caution and to protect Mr. Francis’ interests. However, Mr. Francis recently waived the privilege as to some communications with Mr. Francis’ recent public statements to the press.

Listed below are links to weblogs that reference Tax Lawyer Strikes Back at "Girls Gone Wild" Founder Joe Francis:

Doesn't sound like a privilege waiver to me. Sounds like a firm more interested in its interests than its clients. Yeah, the guy is a weasel, but like we always say at our firm "Mother Teresa isn't walking in asking us take her case anytime soon."