Washington & Lee has updated its law review rankings, which are based on citations to articles published in the past eight years (2001-2008):

In the 2006 ranking of tax journals (1998-2005), the Florida Tax Review was #1 in the combined rankings, followed by the Virginia Tax Review and the Tax Lawyer. 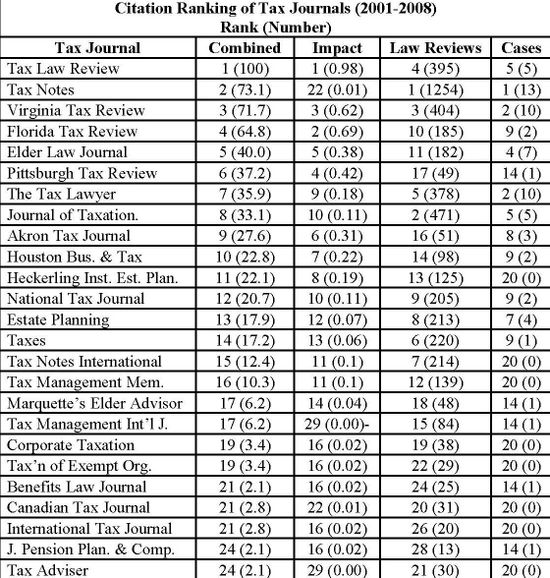