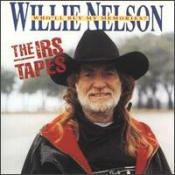 As part of a settlement with the IRS, Willie Nelson recorded Who'll Buy My Memories (which is why the album is sometimes referred to as The IRS Tapes). The record was originally marketed exclusively on late-night television, its proceeds earmarked toward paying off Nelson's sizable tax debt, but has since found its way into record stores. These performances are unique in Nelson's body of recorded work because the entire album is performed solo, providing fans with a close approximation of what it might be like to have Willie come to their house and pick a few tunes.

Perhaps because of the circumstances under which it was created, the mood on this record is overwhelmingly somber. Melancholy is a mood that suits Nelson well, however, and the result is a touching and intimate collection. All 25 songs on Who'll Buy My Memories are Nelson originals. In choosing the material to include here, Nelson omitted the most obvious hits, opting instead for a more interesting selection of personal favorites.

Listed below are links to weblogs that reference Christmas Gifts for that Special Tax Person: