Tax Court: NYC Psychiatrist Not in Trade or Business of Playing Video Poker 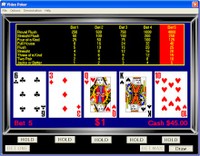 The Tax Court on Thursday held that a 59 year old New York City psychiatrist who won $691,575 playing video poker at the Mohegan Sun Casino in Connecticut in 2003 was not in the trade or business of gambling and thus could not deduct the $18,674 net loss resulting from his $710,249 of gambling losses:

[A]lthough Dr. Merkin testified that he spent 47 out of 52 weekends during 2003 playing video poker at Mohegan Sun for at least 24 hours per weekend (for a total of approximately 1,128 hours), he did not provide any credible evidence to corroborate this testimony. In fact, the only credible evidence in the record with respect to Dr. Merkin's time spent playing video poker in 2003 was a Player's Club statement generated by Mohegan Sun and provided by petitioners at trial. This statement shows that Dr. Merkin spent 19,140 minutes or 319 hours (19,140/60) playing video poker at Mohegan Sun in 2003. We do not believe that Dr. Merkin spent 1,128 hours at Mohegan Sun solely on the basis of his testimony to that effect and in the absence of any receipts or records aside from a noncontemporaneous calendar of time spent at the casino that petitioners produced in anticipation of trial.

Listed below are links to weblogs that reference Tax Court: NYC Psychiatrist Not in Trade or Business of Playing Video Poker:

» A New York Doctor/Gambler Hits Three Lemons from Taxable Talk
The TaxProf Blog alerted me to an interesting Tax Court case decided earlier this week. Once again the Court looked at whether or not an individual can be a professiona... [Read More]