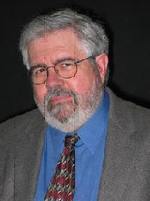 David Cay Johnston, who won the Pulitzer Prize for his tax reporting in 2001 and recently accepted a buyout after thirteen years with the New York Times, has agreed to write a regular column for Tax Notes called Johnston's Take.  The inaugural column, The Price of Civilization, appears in this week's issue (119 Tax Notes 1269 (6/23/08)) and is made available here to the tax community with the kind permission of Tax Analysts:

This is a new column about taxes, their role in our lives, and ways to solve the mounting problems caused by our antiquated tax system, which is fraying the social fabric and sapping our economic vitality.

Our tax system was designed almost a century ago for a national, industrial wage economy. Today we live in a global, services, asset- based economy. But as long as "tax" remains a vile four- letter word, how will we get a modern tax system?

Our national debate on tax, such as it is, suffers from "experts" who typically know little to nothing of the history, practical rationale, moral basis, or economic benefits of tax. Their expertise is in delivering memorized talking points, not imparting understanding.

The purpose of this column is to challenge and provoke readers, to stimulate them to think deeply about how we distribute the burdens and the benefits of government. The hope is to encourage the reader to question what he believes and to ponder what could be, whether it is thinking inside the box or out, but never just checking the box.

The plan is also to ignore the conservative vs. liberal, business vs. labor dichotomy that falsely posits a black-and-white world. Tax issues come in many vivid shades of gray. The plan is to throw a spotlight on dark corners of tax history, illuminate nuggets of fact hidden among the dross of statistics, and give context to the latest tax news.

Most of all the hope is to lay a solid foundation of understanding about the principles of tax to foster well-informed discussion about our tax system and how to adapt it to the economy of the 21st century.

Each reader here has the power to help fulfill the noble promise of the Framers, who in the preamble to our Constitution laid out six purposes for the nation: society, justice, peace, security, commonwealth, and freedom.

Each of you is steeped in tax and cares enough about how we tax ourselves to devote time and money to improving that knowledge by reading Tax Notes. Even if your knowledge is highly specialized, you know tax far more than all but a tiny handful of your fellow citizens. You can make a difference by spreading knowledge and insights.

Listen to the candidates on the hustings this year and you would think that tax has receded as an issue. For sure, Sens. John McCain, R-Ariz., and Barack Obama, D-Ill., have proposals aimed at currying favor with their core constituencies. But this is not 1980 or 2000, when the candidates whose vague but grand promises of lower taxes carried them to the White House.

What politicians choose to talk about is seldom a good indicator of what issues loom. Like many journalists, politicians tend to shoot the wounded instead of trying to thwart dangers the voters do not perceive.

Taxes are on their way back to center stage.

The reasons? Washington keeps spending more than it levies. This forces ever more resources to go for interest, roughly all the individual income taxes paid from January through April. And this interest bill will rise sharply as the national debt swells, further weakening the dollar and creating pressure for higher interest rates. Weakness in the dollar may account for $ 50 of the price of a barrel of oil. That is, had budgets been balanced the last eight years, oil would be trading for less than $ 90 a barrel.

The hard truth this column will explore is that our tax system is working against us. It is slowly making us poorer. And it is also making some of the already rich much richer, a perversion of historic proportions that few Americans grasp.

Those politicians in both parties who understand that our system of taxation needs to be modernized and who want improvement are confronted with two numbers that inhibit any real change.

The first number is the median age of Americans today. The second number is the year when Washington lost its discipline on matching taxing to spending. Since 1970 half of Americans have been born -- and the federal budget has been balanced only twice, during the last two years of the Clinton administration.

Now the costs of this profligacy are coming home. Vice President Dick Cheney's assertion that "deficits don't matter" may have been true as a political matter, but only as long as economic reality was kept at bay. But with the euro vying to become the world's reserve currency, with the Brazilian model Gisele demanding payment in euros instead of dollars, the federal debt does matter, because $139-a-barrel oil is painful, and four months of income taxes going to interest is a ticking political time bomb.

The reason the national median age of 37.6 is a problem has to do with experience. Few people develop a political and economic awareness before they are in their late teens or twenties. That means everyone born since 1960 has known only the antitax policies of Ronald Reagan and all three presidents who followed.

Half of Americans have lived only in an era when taxes were demonized. Taxes bad, any tax cut good. And budget deficits? To them, isn't that the way it has always been?

Tax favors for the politically connected rich are as much in vogue today with both parties as when a tax favor for the friends of King George prompted the Boston Tea Party, a telling example of widely misunderstood tax history.

Americans who were not adults before 1970 -- 2 out of 3 of us -- have no practical experience with the idea that taxes can foster economic growth and build the commonwealth. And without government, there is no wealth, no peace, no security, and no justice.

Fewer still grasp how our tax system is throwing sand in the gears of commerce, when it could be greasing them. And very few grasp how corporate taxes favor multinationals over domestic firms.

Your thoughts? E-mail me at JohnstonsTake@tax.org.

During Eisenhower years the top marginal income tax rate was 91%. Yes?
And median household income grew by 38%. Yes?
During Clinton's years top rate was 39%, median growth was 16%. Yes?
Reagan years --- I don't know. Same with Bush II years, I don't know.
Is there a relationship with percentage of income going to top 10% and growth of median, and tax rate?
From 1942 to 1982 the top decile took in below 35% of national income, after Reagan share of Nat. Inc. to top decile has grown to 49.7%, according to Emmanuel Saez, Univ. Calif. professor of economics, Striking It Richer, March, 2008.