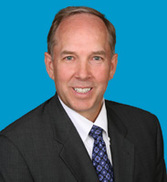 Patrick G. Heck, former Chief Tax Counsel to the Senate Finance Committee, has become a partner in the public policy and law practice of Kirkpatrick & Lockhart Preston Gates Ellis in the firm's Washington, D.C. office.  From the press release:

As the senior tax policy advisor to Chairman Max Baucus and other Democratic members of the Senate Finance Committee from 2000 through 2007, Heck was responsible for developing and promoting tax law changes related to the Internal Revenue Code, including in the areas of corporate and international tax reforms, tax law simplification, Federal excise taxes, and compliance issues. Among the major legislative accomplishments to which Heck contributed were the transportation and energy tax incentives acts, the Gulf Opportunity Zone Act, the Tax Increase Prevention and Reconciliation Act, the Pension Protection Act, the American Jobs Creation Act of 2004, and the Economic Growth and Tax Relief Act of 2001, as well as tax relief programs aimed at populations such as working families and victims of terrorism and natural disasters. He also has worked extensively on oversight of the Internal Revenue Service and on Congressional investigations.