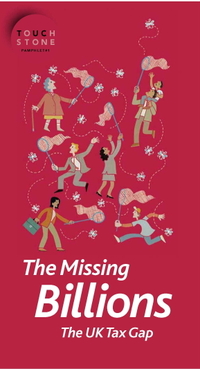 Richard Murphy, Founder of Tax Justice Network and Director of Tax Research LLP, has published The Missing Billions: The UK Tax Gap on the Trades Union Congress website.  From the press release:

From the Executive Summary of the Report:

This report achieves what many have claimed impossible: it calculates the tax lost to the UK Government from tax avoidance and from tax planning by the very wealthy. Tax avoidance is the process of getting round taxation law without actually breaking it. Tax planning is the use of the opportunities Parliament has provided to citizens to reduce their tax rate.

Listed below are links to weblogs that reference The UK Tax Gap: