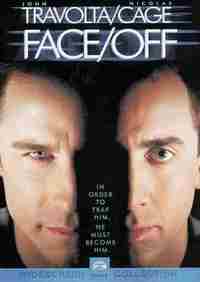 The IRS says movie star Nicolas Cage used a company he owns to wrongly write off $3.3 million in personal expenses, including limos, meals, gifts, travel and his Gulfstream 1159A turbojet. ... The feds hit Cage both ways, denying Saturn a deduction for the disputed expenses while taxing Cage individually on the perks as salary and "constructive dividends."

Cage's business manager, Samuel J. Levin, says in an e-mail that the expenses were proper as "customary in the entertainment industry" and were partly based on the actor's "security needs."

Listed below are links to weblogs that reference Actor Nicolas Cage Faces Off With IRS, Files Tax Court Petition Over Disallowed $3.3 Million Deduction for Personal Expenses:

» ONLY LITTLE PEOPLE PAY TAXES ON THEIR GULFSTREAMS from Roth & Company, P.C.
Actor Nicholas Cage and a corporation he owns are going to Tax Court to fight over $1.7 million in assessed... [Read More]

This is what happens when you have over god knows how many of pages of IRS rules. Rules that curry favor and or disfavor depending on race, gender, employment, ect.
This is the evil of a progressive tax system. The CONgress has created a monster that is not bound by the constraints of the Constitution. Remember that document?

Hey Nicholas Cage, give Wesley Snipes a call, he did very well against these shake down artist at the IRS. Snipes can show you the light on battling the thieves and the American people will have your back.

Awwww....pure Cage has to pay up like the rest of us....awwww....suck it up Cage...with your crap acting you're lucky to even have a job...courtesy of your connections no less.