Washington & Lee has updated its law review rankings, which are based on citations to articles published in the past eight years (2000-2007):

In the 2006 ranking of tax journals (1998-2005), the Florida Tax Review was #1 in the combined rankings, followed by the Virginia Tax Review and the Tax Lawyer.

In the 2007 ranking of tax journals (1999-2006), the Tax Law Review is #1 in the combined rankings, followed by the Florida Tax Review and the Virginia Tax Review. 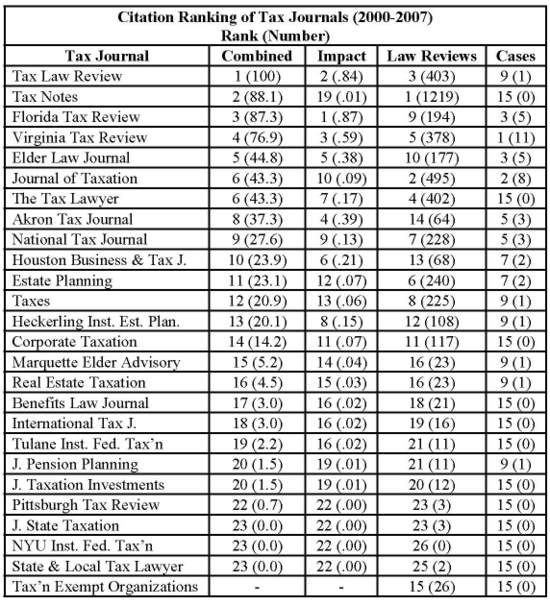 "The DSM-IV-TR, a widely-used manual for diagnosing mental disorders, defines that for a patient to be diagnosed with obsessive-compulsive personality disorder, they must exhibit at least four of the following traits:

"* Preoccupation with... lists... to the extent that the major point of the activity is lost...."