Review of Bryan's Midnight Assassin: A Murder in America’s Heartland 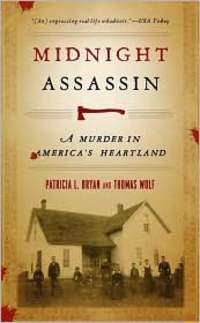 I previously blogged the book by Tax Prof Patricia Bryan (North Carolina) and her husband, Thomas Wolf, Midnight Assassin: A Murder in America’s Heartland (Algonquin Books 2005). Margaret Raymond (Iowa) reviews the book in the current issue of the Journal of Legal Education -- 57 J. Legal Educ. 293 (2007).  Here is the abstract:

Midnight Assassin is a historical study of the murder of John Hossack, a homicide that took place in Iowa at the turn of the twentieth century, and its legal aftermath. Mr. Hossack was killed in his bed as he slept; Mrs. Hossack, who claimed that she was asleep beside him at the time of the attack, was charged with his murder. The book is fascinating in its own right: an analysis of a complex and socially fraught murder case, told through extensive review of original historical documents.

But the Hossack murder has already played an interesting and pivotal role in legal education, through a fictional vehicle: writer Susan Glaspell's short story, A Jury of Her Peers, and her play, Trifles. Glaspell, a journalist, covered the Hossack murder; subsequently she made a career as an author, co-founded the Provincetown Players, and discovered Eugene O'Neill. Her works based on the Hossack case explore the limits of the legal system in addressing the psychological abuse of a woman by her spouse, and raise complex issues, from the need for gender-based perspectives on factual investigation, to the appropriateness of responding outside the law when the law is unjust. These materials, and the feminist perspective they raise, have been widely used in law school courses and facilitate exploration of a wide range of concerns, from the legal treatment of the battered spouse to issues of nullification, access, and community responsibility.

Given the extensive use that has been made of Glaspell's fictional renderings of the Hossack case, my review explores the utility of the "true story" of the Hossack murder. It concludes that, as told from the distinctive editorial perspective of Bryan and Wolf, both the factual and fictional accounts of the murder have distinct value for legal study.

Listed below are links to weblogs that reference Review of Bryan's Midnight Assassin: A Murder in America’s Heartland: