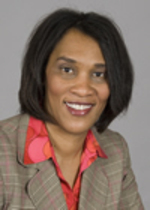 Remember Mrs. Palsgraf. Most lawyers remember Palsgraf v. Long Island Railroad Co., but few know much about the woman behind the story. Her name was “Helen,” although it has been said that it was really “Jacobina,” but she called herself “Helen” or “Lena.” She was forty-three and her husband had left her. She did janitorial work and was accompanied by her two daughters on that fateful day in 1924. As a result of the accident she became mute and subsequently spoke with a stutter. The absence of this information in the typical 1L Torts class illustrates the vacuum in which legal education takes place.

While teaching students to “think like lawyers” also train them to “listen like people.” Behind every case is a person – a supervisor, a CEO, a regional manager, an individual. In practice your client’s satisfaction depends on creating an approach that addresses the real problem, not the presenting symptoms. Create a curriculum that includes communication courses in the first year; require service learning or any other activity that puts students in touch with people. Expose students to personality inventories as well as thinking and learning styles. Include professional development activities that promote self-awareness, emotional intelligence and other leadership characteristics so that Schiltz’s “Unhappy, Unhealthy and Unethical Profession” [Patrick J. Schiltz, On Being a Happy, Healthy, and Ethical Member of an Unhappy, Unhealthy, and Unethical Profession, 52 Vand. L. Rev. 871 (1999).] becomes a thing of the past!

Listed below are links to weblogs that reference Mina Jefferson's Advice for Erwin Chemerinsky: Teach Students to Listen: