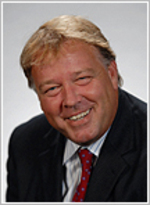 While Dean Chemerinsky knows far more about legal education than I, in the spirit of reform contemplated by this series, I can suggest institutional diversity as a possibility. At present, law schools are mostly defined according to identical statistical or roughly similar reputational references (just the pecking order is contested, such as whether Columbia or NYU is the "better" law school).

The main other current distinguishing marks are sponsorship by a state or affiliation with a religious tradition. But even these are mostly dwarfed by the uniform references. There is far less distinction among law schools based on substantive orientation (the few examples that leap to mind are Tulane's leadership in civil law, George Mason's association with Law and Economics, and CUNY's distinction in public interest law).

Many other graduate programs reflect a much deeper level of distinction based on specialization. Among MBA programs, for instance: Babson for entrepreneurship, Wharton for finance, Illinois for accounting, Harvard for management, and this list could include scores of additional examples. Similarly lengthy lists could be provided for medicine, engineering, and other departments. What might the substantive, specialty differences be among UCLA, USC, San Diego . . . and Irvine?

Listed below are links to weblogs that reference Larry Cunningham's Advice for Erwin Chemerinsky: Institutional Diversity: