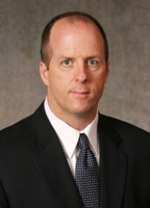 After a few years of practice, some LLB alums return for one or two year LLM degrees in specialties like public interest, local and state government, and commercial transactions. UCI runs a night-school LLM for local prosecutors and defenders, who study criminal justice policy and work on advanced trial skills. Local courts rely on the program for empirical studies and reform innovations. UCI's LLB alums have found success entering the nation's elite LLM programs, which covet their experience and socio-economic diversity.

The JD program chafes under the "standard model" resulting from ABA accreditation, USN&WR rankings, and UC budgeting. But the LLB program's existence permits the JD program to tilt slightly toward an academic graduate school model -- which the JD faculty favors. The JD program has risen within the top 40 but, alas, the standard model straitjacket has produced another standard JD program populated mostly by upper middle children of upper middle class parents. But UCI's LLB and LLM programs have shaken up American legal education.

Listed below are links to weblogs that reference John Steele's Advice for Erwin Chemerinsky: Use LL.B. and LL.M. Programs to Revolutionize Legal Education :