Continuing our series of responses from various legal luminaries to the question:  What is the single best idea for reforming legal education you would offer to Erwin Chemerinsky as he builds the law school at UC-Irvine: 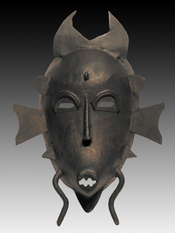 From a law school dean who wishes to remain anonymous (and who supplied the picture on the left):

Abolish tenure. Tenure is an institution whose time has passed.

Tenure purportedly protects professors against political pressure. Tenured professors presumably enjoy greater freedom to seek truth wherever it lies, without regard to the popularity or volatility of a proposition.

But tenure doesn't work this way. It shelters the lazy and the pedantic. They alone seek refuge in academic sinecures. Active scholars will find a home somewhere. Of all people, you know that. Tenure might have mattered when scholars rarely moved and global academic markets were constrained, if even extant. No more.

Most universities lack the prominence and resources that would permit them even to consider abolishing tenure. Your school boasts assets that would enable it to lead the academy up from tenure. You have wealth. You are backed by the prestige of the University of California system. You are blessed with wonderful geography.

Most important of all is what you lack. Irvine Law is free from any obligation to incumbent faculty.

Erwin Chemerinsky, you have a blank slate. Use it wisely.

Start by signing a letter abjuring tenure. Pledge to hire only those professors who likewise agree to forgo tenure. Working at will, solely on the basis of current and future performance, promotes solidarity with your school's true constituents: your students, your graduates, and the legal profession at large. Except federal judges, everyone in this profession works without tenure. So should you.

Listed below are links to weblogs that reference Anonymous Dean's Advice for Erwin Chemerinsky: Abolish Tenure:

My wife is a PhD in another field, and I my legal career follows a very sucessful one in the high-tech industry. While I seriously considered pursuing a career in legal education, I could find no way that we could meet our personal financial goals on two prof. salaries. However, after a few years I would like to revisit the issue. The only thing that could tip the scales in favor of education is a clear path to tenure. Without tenure, why would I ever return? I am still producing articles, probably at a faster rate than most faculty. I have plenty of speaking engagements to keep me busy. And I can easily make several times the salary in private practice. The best recruiting tool schools have is the ability to insulate their faculty from both economic winds and political pressure.

My advice for Dean Chemerinsky:

No advice can prepare you for the formation of a law school from the beginning. I have described my experience at the Charleston School of Law as playing a football game, while you are building the team. You kick-off and realize, "oh, hell, we need a defense!" Like every start-up entity, you should expect to take five years to get your systems in place. I have told people here to remember that it will never be this bad again. The first time you do something is always the hardest.

The first hires you make will set the tone and culture for your law school for years to come. It is important to find faculty members who understand that their primary goal in the beginning stages of the school's existence will be ABA approval--even though your school is destined to be an elite academic institution.

It will be hard to convince tenured faculty members from other schools that they should give up their tenure to join a school that is a start-up. Your recruitment will suffer, if you abolish tenure. The better approach for all schools is to enforce tenure rules, and to be willing to terminate a tenured faculty member who is unproductive. The fact that someone has tenure does not mean that they do not have to do their jobs. As I understand it, the job is outstanding teaching, scholarship, and service.

Ultimately, Erwin, the best advice I can give is for you to use the judgment and experience that made you a great choice to be the Founding Dean at UCI to begin with. Have fun, and call anytime I can be of assistance.

Yeah, I shouldn't post anonymously, but if you've seen the venom that some (especially Leiter) are spewing, you'll understand. I agree with Robert Baker; one problem isn't tenure, it's the way it is awarded. But the bigger problem is the lack of meaningful post-tenure review. At my school, we have a two-step system - first tenure, then promotion to full Professor. We have some faculty who are close to retirement age who haven't written ONE post-tenure article that would have gotten them to promotion to Professor. And because our promotion decisions are completely arbitrary, we have some folks who were promoted after writing one article in seven or eight years. Getting rid of some of these people would free up some positions for ambitious junior people, but no go. So I agree with anonymous dean - because of the way tenure is awarded and because tenured professors often escape review, it IS a shelter for the lazy.

I'm failing to see how this proposal is idiotic. Care to enlighten me?

The problem is not with tenure, it is with lazy Deans and tenure committees who give tenure to those who do not deserve it. Tenure protects from arbitrary administrative decisions (and, heaven knows, administrators are only human).

Maybe because the proposal is idiotic?

If there is nothing to worry about in expressing controversial views, then why is this proposal being made anonymously?

Geez. 108 comments on the WSJ Law Blog regarding this post, and none here. One hopes Dow Jones is paying royalties to Prof. Caron.

Tenure in law schools does have the "virtue" of insulating law schools from paying competitive salaries to law profs who deserve such compensation. Go figure.